SEOUL, SOUTH KOREA (AP) – South Korean rescue workers at a collapsed construction site in the southern city of Gwangju located a man amid a pile of debris and broken concrete on their third day searching for six missing construction workers, officials said yesterday.

Crews are trying to clear out the rubble to reach the man, but have yet to confirm whether he is alive or one of the missing workers, said Yoo Man-geun, a Gwangju city official.

Dozens of rescue workers, assisted by dogs and drones equipped with thermal cameras, are searching the site, but their efforts have been slowed over worries about the stability of the high-rise building, which had been under construction in the city’s Hwajeongdong district before it partially collapsed on Tuesday.

HDC Hyundai Development, the main contractor for the apartment project, plans to deploy unmanned excavators to clear out the rubble and to use nettings and other safety measures in case the structure further crumbles, Gwangju Mayor Lee Yong-seop said.

About 10 vehicles were destroyed and nearly 200 households and shops nearby were forced to evacuate following the partial collapse of the building, which sent debris spilling across nearby streets and left a huge pile of rubble beneath the towering, 39-floor structure that is now exposing mangled steel beams.

The incident has triggered public anger in a country that has long grappled with deadly accidents attributed to lax safety standards and regulations, which experts said were often overlooked as the country rose from poverty and war to an Asian economic powerhouse. 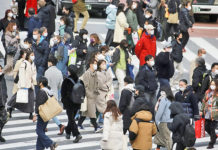