THE KOREA HERALD – South Korean lawmakers are poised to propose a new bill aimed at providing domestic chipmakers with more extensive tax benefits in return for facility investment, a step toward its own version of the United States- (US) passed CHIPS Act to be effective today.

The new bill, unveiled yesterday by a group of lawmakers led by independent lawmaker Republican Yang Hyang-ja, is designed to triple the tax incentives for chipmakers, an apparent move to encourage more investment from semiconductor players.

At least 20 per cent of the invested amount that chipmakers spend on facilities will now be deductible. This is up more than three times the six per cent under the current Restriction of Special Taxation Act. This rule will apply to chipmaking giants like Samsung Electronics and SK hynix.

Moreover, small- and mid-sized chipmakers will see a tax credit of 25-30 per cent of invested capital, depending on the size of the company, up from the current eight to 16 per cent.

Chipmakers will receive larger extra tax credits if their investment in a specific year exceeds the average of the previous three years. The 5 per cent of the surplus will be granted as an additional tax credit, up from four per cent at the current level.

The newly-proposed bill’s special tax credit on chipmakers will expire in 2030. The current rule has set the expiry year of 2024. 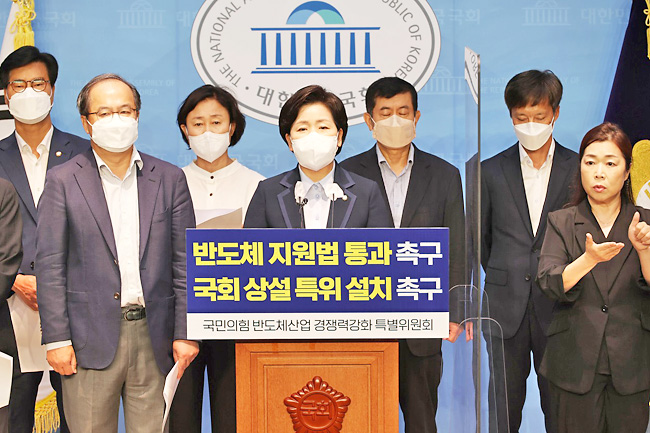 Tax credits will also be provided when a chipmaker sponsors higher education for semiconductor-related technologies or donates secondhand chipmaking assets to institutions like universities.

“The transcending efforts of parliament and the ministries can create a system that concentrates on the growth of the semiconductor chip industry, for which the world’s best chips act could lay a groundwork,” said Yang, who leads the ruling People Power Party’s special committee for the revision. “Korea has the potential to exert its dominance in cutting-edge technologies in the future.”

This is part of the revision, which also centres on lighter regulations regarding state designation of industrial complexes and ways to nurture more talent at home and attract more engineers from abroad.

Once the new bill passes parliament, a non-Korean chip engineer will be subject to an income tax cut of 50 per cent for 10 years of employment with a Korean chipmaker. The current law sets the period for five years.

The bill is to revise the Special Measures Act on Strengthening and Protecting Competitiveness of National High-Tech Strategic Industry – a Korean equivalent to the US’ CHIPS and Science Act – and the Restriction of Special Taxation Act.

The size of the budget required for the revision was not disclosed. Lawmakers have cited a lack of a centralised decision-making mechanism as eight ministries and multiple parties are involved in the chipmaking industry.