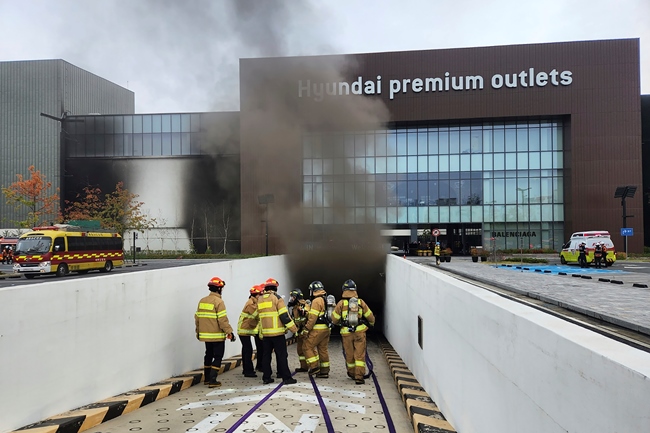 SEOUL, South Korea (AP) – A fire broke out at the basement of a shopping mall in Daejeon, South Korea on Monday, killing at least seven people, officials said. Firefighters were searching for survivors after putting out the blaze, said official at the Daejeon Fire Headquarters Go Seung-cheol.