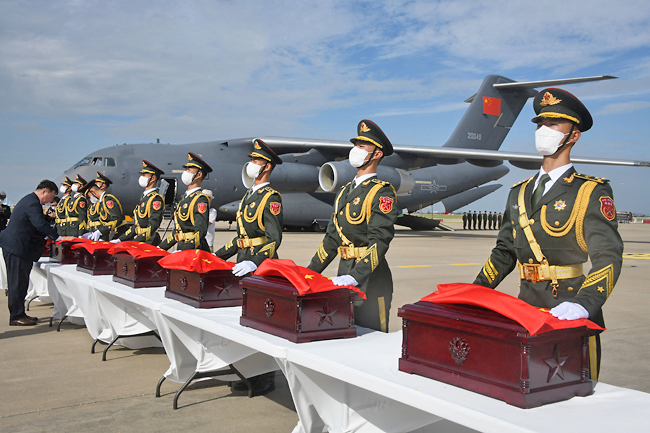 SEOUL (AFP) – South Korea repatriated on Friday the remains of 88 Chinese soldiers killed during the Korean War, the first such ceremony since South Korea’s President Yoon Suk-yeol took office in May.

South Korean honour guards handed over wooden caskets with the remains during a ceremony at Incheon airport near Seoul, where they were loaded onto a Chinese air force cargo plane, a live video of the event showed.

The remains were received hours later in China’s northeastern city of Shenyang in a military ceremony attended by Chinese veterans of the three-year conflict.

This was the ninth such handover since the two countries – former Cold War-era foes – signed a 2014 agreement on the issue, and brings the total sets of returned Chinese remains to 913.