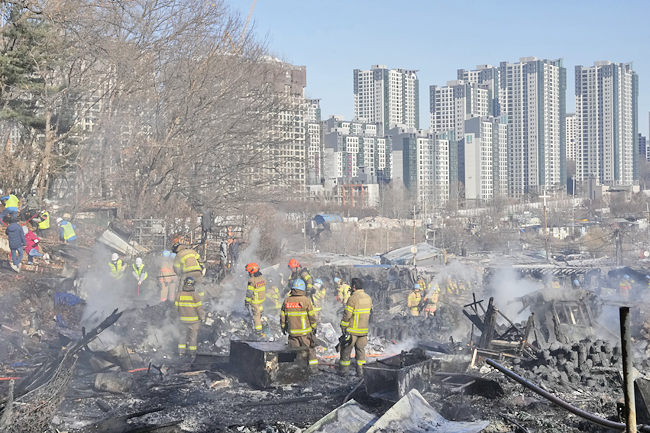 Seoul (AFP) – A massive fire broke out inside one of the last remaining slums in South Korea’s capital on Friday, forcing 500 people to flee their homes ahead of the Lunar New Year holiday, authorities said.

Video posted online showed flames tearing through Guryong village, a shantytown in the shadows of high-rise luxury towers in Seoul’s Gangnam district, which was made famous by rapper Psy’s global hit Gangnam Style.

The blaze, which began at around 6.30am, is believed to have burned down around 60 homes, but was extinguished by around noon, according to authorities.