ANN/THE KOREA HERALD – South Korea’s financial authorities said on Thursday they would closely monitor for any signs of increasing volatility in the financial markets following a big United States (US) rate hike – the fourth consecutive 75-point increase since June amid persistent inflation.

“Uncertainties are certainly growing and we’ll be extra vigilant in our response to what may come in our way,” Finance Minister Choo Kyung-ho said at a meeting he called to discuss Wednesday’s rate increase with the country’s economic policy chiefs, such as the central bank governor, the top financial policymaker and financial watchdog.

Responses include intervention to steady markets including the onshore currency platform, according to the Bank of Korea (BOK), which held a separate meeting an hour apart from Choo’s with its deputy governor taking charge.

The local currency had quickly depreciated against the US dollar, reaching a 13-year low against the greenback as investors fled for higher yields from the safe-haven asset. With the current US rate at 3.75 to four percent and the Korean rate at three per cent, the won faces increasing depreciation pressure.

“Currency fluctuations and capital outflows will be under greater scrutiny than ever,” the deputy governor Lee Seung-heon said in a clear attempt to calm mounting worries that Asia’s fourth-largest economy could come close to a repeat of the 1997 Asian financial crisis, when dollar shortages crushed the country.

For months, BOK Governor Rhee Chang-Yong has played down such speculations, openly addressing the public that not only the economy could weather a rate gap as big as a full percentage point, but the foreign exchange reserves remain strong.

But the quickly diverging interest rate differential between Korea and the US is increasingly making investors nervous about whether Seoul could actually ride out a prolonged dollar rally that could drain more dollar reserves in months to come. 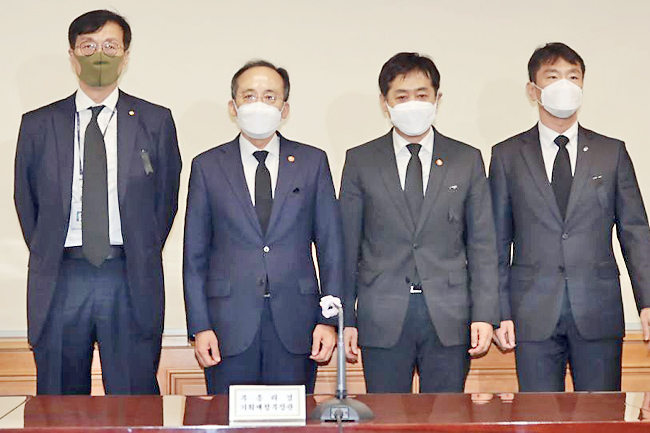