KUENSEL – Bhutan and its south Asian neighbours may be thousands of miles away from eastern Europe, but the impact of the Ukraine crisis has not spared the region.

Bhutanese too are feeling the impact as price of essentials, especially as cooking oil and fuel prices skyrocket, resulting in high inflation.

The impact of the war is being felt worldwide with South Asian countries faced with food and energy security issues, a result of the crisis.

A webinar organised by the Friedrich Naumann Foundation For Freedom South Asia called ‘Ukraine crisis: Assessing South Asian Response’ on the evening of May 31, highlighted how the invasion is impacting South Asian countries.

Moderated by a columnist of Hindustan Times in India, who is a former security advisor to the Prime Minister of India from 2011 to 2015, Pramit Palchaudhuri, the webinar highlighted the need for South Asian countries to come out with solutions to improve food and energy security.

The deliberations also discussed how the ongoing crisis exposes the vulnerability of small nations. Panellists from Bhutan, Nepal and Maldives claimed that small countries of South Asia took a principled stand against the ongoing crisis. 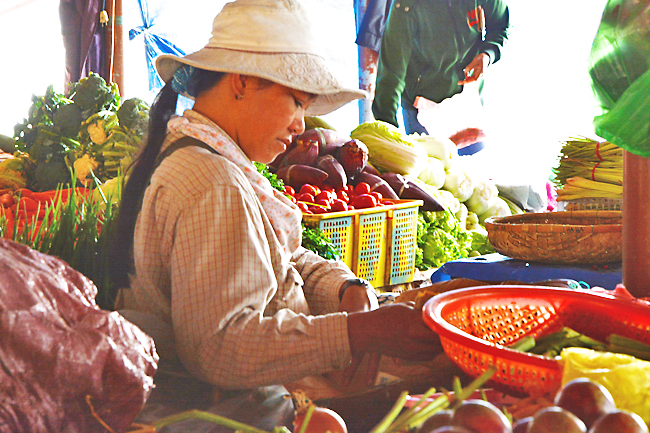 A freelance journalist and also an author, Gopilal Acharya, said that although Bhutan doesn’t have direct trade relations with either Russia or Ukraine except for a small segment of tourism, impacts are felt in increasing price of goods and inflation.

He said although Bhutan is rich in hydropower energy, it imports a huge amount of fossil fuel from India for surface transport. “The increasing fuel prices have a direct impact on the lives of Bhutanese.”

The biggest concern for Bhutanese, he said, is energy security. “But the ongoing crisis is also an opportunity for Bhutan to explore how we can use the locally available energy to change the transport system.”

A panellist from Nepal, a retired Major General of the Nepal army, Binoj Basnyat, who is also a strategic analyst, said fuel price increased by two thirds in Nepal and prices of essentials increased after the invasion. “The impact of the Russian invasion in Ukraine is immense,” he said. “There is resentment, apprehension and suspicion.”

According to the retired Major General, the Ukraine-Russia crisis also showed how systems are not in place in the European Union and NATO. “SAARC and BIMSTEC are striving to exist here, but bigger powers have their own strategic concerns.”

He said that BIMSTEC and SAARC should address common problems and challenges.

“The ongoing issue also provides opportunities for South Asian countries to find solutions to reduce our reliance on imported fuels and how to improve energy and food security.”

Binoj Basnyat said landlocked countries have to secure the line of supply from the oceans to the foothills.

“Larger South Asian nations should contribute through regional organisations to address the shortages we are facing today.”

The panellist from the Maldives, Dr Abdul Hannan Waheed, said the Maldives share strong economic relations with both Russia and Ukraine and with tourism as the main economic activity, it fears the number of tourists visiting the country will decrease.

He said that as of February 24 this year, 15.1 per cent of tourists visiting the Maldives were from Russia, the highest.

“This percentage might decrease now as the number was recorded before the invasion.”

He also said 2.3 per cent of tourists visiting the Maldives were Ukrainians before the invasion.

“Our economic activity will be impacted.”

Dr Waheed said although Ukraine and Russia are the breadbaskets of the globe, Maldives is relying on India for major food items. “Maldives is exempted from many export embargos of India.

India can play a huge role in establishing food security in the region.”