JOHANNESBURG (AP) – South African President Cyril Ramaphosa faced a grilling by lawmakers in Parliament on Tuesday as they demanded answers on his handling of the theft of millions of dollars from his farm.

Ramaphosa faced loud heckling from opposition members who called for him to answer questions about the theft at his Phala Phala farm in Limpopo province. The parliamentary session was adjourned before he answered all questions.

The president is being investigated over allegations that he was holding foreign currency at his farm that had not been properly declared to financial officials. This has raised suspicion that Ramaphosa did not report the theft because the cash was being held illegally.

When questioned in Parliament about the allegations, Ramaphosa said he had been advised that he should not make any public statements about the matter until investigations have been concluded.

“I have responded, and will continue to respond, to all the questions that have been put to me by the relevant authorities with regards to the theft at my farm,” said Ramaphosa. 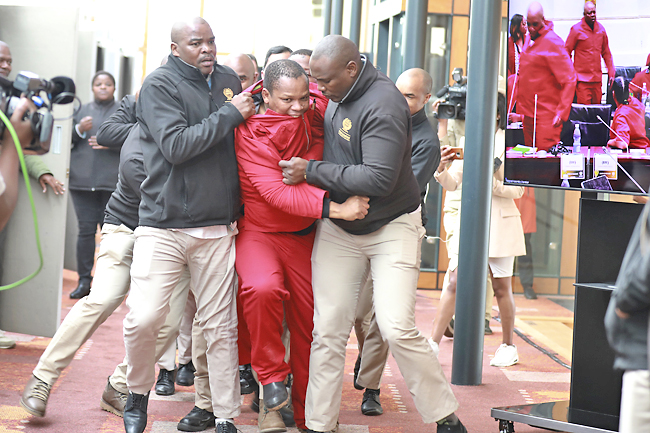