ANN/THE STAR – When you think of perfume, you think about the sweet-smelling aroma of flowers or fruits – and not whales. That said, is it true that an ingredient used in some perfumes began in the body of one of the largest denizens of the deep?

Yes, this is true as some perfumes contain ambergris – an intestinal slurry that comes from the guts of sperm whales.

This substance appears in sperm whales when they consume squid, octopus and cuttlefish, all of which have small hard beaks. These beaks are usually vomited, but some can end up in the lining of the whale’s guts and and the bile duct of the sperm whale secretes a waxy substance to encase the beaks and protect the gut from irritation.

Over time, the wax and the encased beaks harden into a lump called ambergris and it is then passed out along with the whale’s faecal matter or vomit. Aside from this, there have been occasions where ambergris is found in the abdomen of a dead whale.

Once out of the whale, ambergris is less dense than seawater – this means that it then floats on the surface of the sea for years before it lands up on a shoreline.

During this time, the ‘fresh’ ambergris is baked under the sun, oxidised by the salty water and eroded by the waves. This process transforms the black waxy solid into grey fragrant ambergris.

It is this substance that is highly valued by perfume makers, as it has a strong fixative quality which allows the fragrance to last longer when applied. And historically, before being used as part of an ingredient for perfume, the substance was used for other things such as incense by the ancient Egyptians or even medication to cure headaches, colds, and epilepsy by Europeans in the Middle Ages.

However, it has been mostly replaced in modern perfume making by synthetic chemicals like ambroxide. At the end of the day, this piece of information might amaze and help you appreciate the creations of perfume makers. 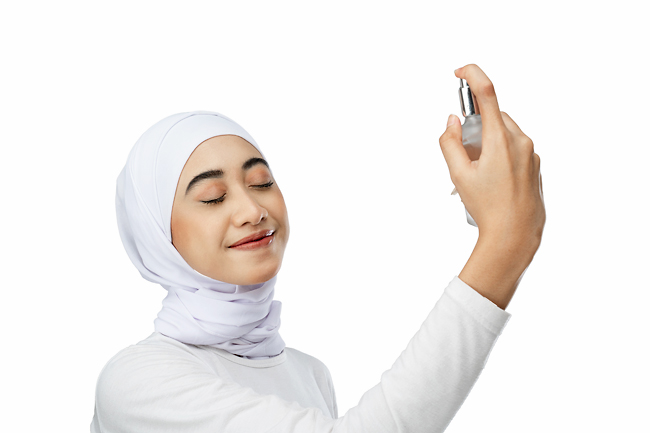