With less than a month left before Animal Crossing: New Horizons’ release on March 20 on the Nintendo Switch, new gameplay details from Nintendo’s recent Direct on February 20 left dedicated fans even more excited to play their favourite social simulator.

The presentation, packed with several gameplay details, did not disappoint as far as we can tell, based on netizen reception. The latest Direct, the first since September 2019, revealed why fans should be thrilled to engage in island life in the new sequel. It even showed fans quality-of-life improvements they didn’t even know they wanted or were even possible.

Here are some notable details from the Direct:

Gone are the days of being interrogated by one of your town’s denizens to determine how your avatar will look. Unlike Animal Crossing: New Leaf, players can design their characters from scratch with a myriad of hairstyle and facial feature options. Players can also change their appearances any time. Designing your initial island is fairly basic with the player having to select preset layouts to provide a starting point. One can select whether to live in the Northern or Southern Hemisphere of the world to mimic real-world situations pertaining to details like weather. Players can eventually change and edit the island, which leads us to our next point.

BRING OUT YOUR INNER TERRAFORMER

Although your starting island may be basic, you can eventually transform the island to your liking. With the Island Designer Permit, you will be permitted to carve away cliffs, add ramps, stairs and water features, introduce new facilities, allot spaces for new residents, and more. This delivers a Minecraft-lite approach to New Horizons’ gameplay.

Fan favourites like Blathers, who runs the museum, and the Able sisters, who own a tailor shop, make their return. Fans grew concerned that the sequel might abandon the pleasure of collecting and displaying of fossils, fish, insects, and art, or the ability to style wardrobe given the deserted island setting, but the latest Direct revealed these characters and their buildings can be unlocked as their island develops.

Players will also have a say on where they will be located on the island.

Characters like the hapless seafarer Gulliver and the wandering ghost Wisp make appearances as well.

In addition, the sequel will bring back familiar travelling merchants like Sahara, famous for her wallpaper and carpet combos.

Meow coupons featured in New Leaf were used to purchase unique furniture and accessories not available with Bells.

In New Horizons, they are replaced with Nook Miles.

Though Bells are still a form of currency in the sequel, Nook Miles can be used to pay off debts and exchanged for in-game rewards such as clothing, DIY recipes, Nook Miles tickets to go on mystery tours and other services.

Nook Miles are acquired by completing tasks and stamp cards available in the NookPhone. Tasks include striking a conversation with residents, fishing, catching bugs, planting flowers, selling fruit or seashells, increasing the number of furniture in your home, taking snapshots, editing your profile, placing furniture outside your home and more.

A HOME AND A NEW LOAN (IT JUST NEVER ENDS)

Despite the initial reveal depicting players residing in tents throughout their getaway island, the recent Direct showed that it is possible to build a home with plenty of renovations and expansions.

New Horizons revamps the design mechanics and allows players to move multiple objects at once.

Players can also change the direction of a carpet’s pattern (pretty nifty add-on in my opinion). As usual, this will all involve a loan from good ol’ Tom Nook.

THE MORE THE MERRIER

Up to eight people can have characters on the same Switch for the multiplayer feature. Characters will have to live on the same island while each player gets their own tent/house. Players can have one character per user account.

Meanwhile, a ‘party’ mode will allow four players to engage in activities on the island at the same time.

Online play allows you to visit friends’ islands and vice versa. A new ‘party play’ feature also lets up to four players visit the same space online with some restrictions. Players will require an island code to visit other players.

While in this mode, axes and shovels are banned to prevent some bad apples from chopping down trees and digging up holes with reckless abandon on someone else’s island.

If you are brave enough, the restriction can be lifted if you and another player tag each other as ‘best friends’. Hack away, my wayward son.

The Direct did not mention anything about paid DLC or expansions, but Nintendo did announce that multiple free updates are in the pipeline.

These mainly pertain to seasonal events.

Nintendo said the first free update will be available at launch day.

This may be an indicator that the sequel will be an ever evolving game that could expand its shelf life with constant updates introducing community events and new engaging activities.

The Direct provided fans more of what is expected from the tried and tested franchise and a little bit more.

We can all just hold our breaths in anticipation for whatever surprising colourful details the developers will add to the game after March 20. 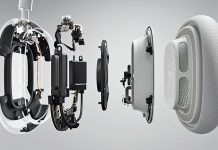