Snow is a no-show

RAMSAU, AUSTRIA (AP) – Mild weather has left many regions of Europe that would normally be blanketed in snow at this time of year bare, and winter sports resorts are fearing for the future.

In the Swiss village of Adelboden, organisers of Saturday’s ski World Cup race grappled with above-freezing temperatures to ensure athletes could compete in the popular event while spectators basked in the blazing sunshine.

Experts said this season’s lack of snow offers a glimpse of winters to come, as global temperatures keep rising due to human-caused climate change.

The impact is likely to be felt far beyond the regional tourist industry. Winter snow in European mountains such as the Alps is an important natural water store for parts of a continent that’s already suffering regular droughts the rest of the year. 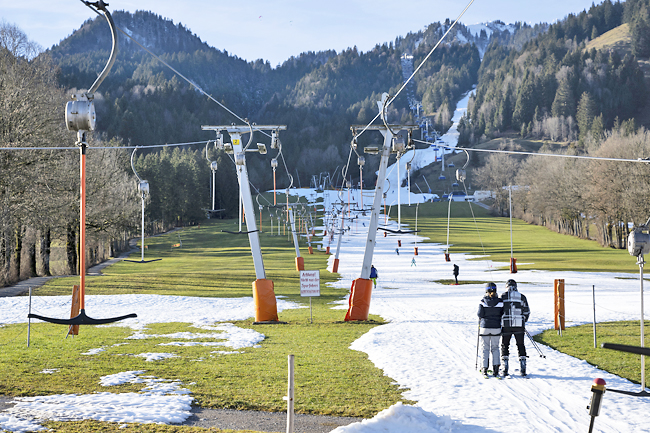