During a November 24 operation along the water channel of Kampong Sungai Bunga, officers found 1,350 cartons of cigarettes and 20 cans of alcohol hidden in a 17-foot-long fibre boat. No suspect was apprehended.

A day earlier, enforcement personnel detained two male permanent residents, aged 17 and 50, in the area of STKRJ Mumong, for possessing 19 packets of cigarettes and a vape.

On November 22, officers apprehended a 61-year-old local man for possessing nine cartons and 71 packets of cigarettes in RPN Kampong Rimba.

Additionally, BND224.95 was found, believed to be proceed from the sale of the contraband.

The suspects and contraband were hauled to the law enforcement office.

Company owners are advised to ensure their workers adhere to the law and regulations of the country, reminding them to refrain from involvement in smuggling activities. Being in possession of contraband is an offence under Section 146 of the Excise Order 2006. 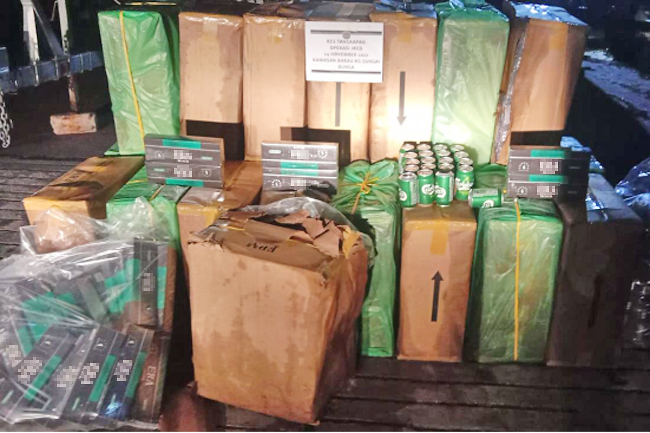 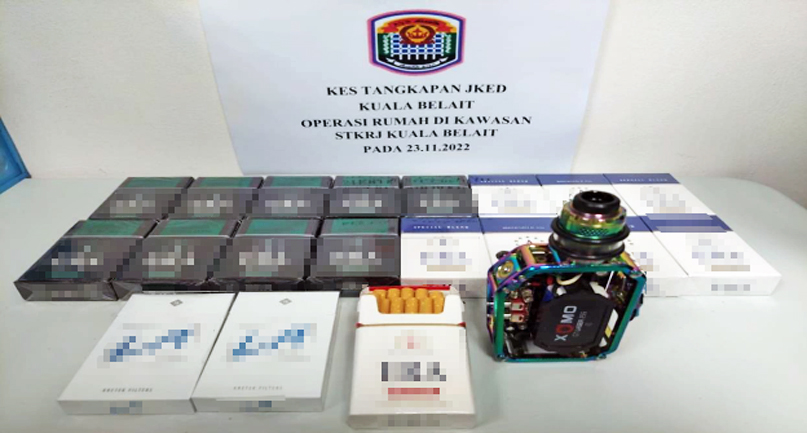