Over 700 vehicles were inspected by the Royal Brunei Police Force (RBPF) during roadblocks in six different locations in Brunei-Muara District on Saturday.

The RBPF said one of the objectives for the operation was to reduce the number of traffic accidents, especially during the festive season as well as to ensure road users abide by the Road Traffic Act.

Fourteen compound fines were issued for various traffic offences and 729 vehicles were inspected during the operations.

Some 45 officers and personnel from six police stations in Brunei-Muara District were involved in the initiative.

On Saturday, in Belait District, roadblocks were held at the Belait-Seria and the Seria-Lumut highway bypasses in a joint enforcement operation, led by the Traffic Control and Investigation Department and the Narcotics Control Bureau.

Some 454 vehicles were inspected during the operation, which also saw 25 compound fines being issued.

The compound fines issued were for offences related to modified vehicles, not complying with police instructions, installation of yellow headlights, having non-functional lights and other traffic-related infractions.

The RBPF said it is committed to ensuring the safety of the populace through routine patrols and operations. 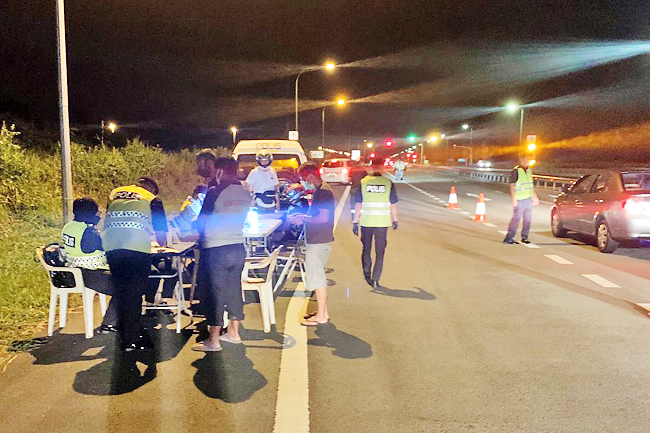 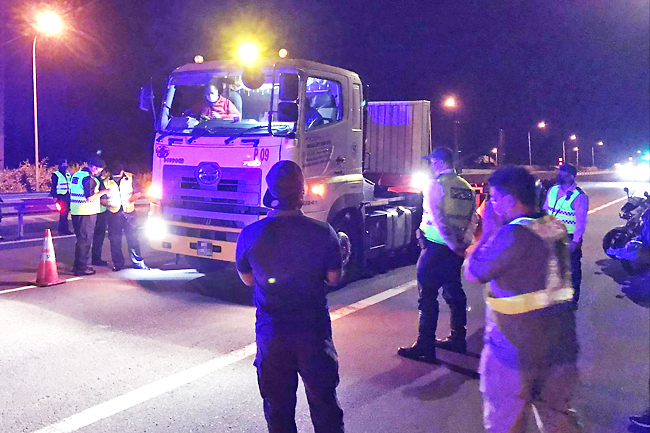