NEW YORK (AP) — Most folks have slowed down in the past nine months but Ryan Seacrest said he’s been juggling more than usual during the pandemic.

His regular TV and radio gigs as a co-host on Live with Kelly and Ryan and his syndicated On Air with Ryan Seacrest radio show continue, despite lockdown. On weekends there were tapings for what he calls “the singing show” (otherwise known as ABC’s American Idol. )
“There were also a lot of requests to do extra specials and things for our partners (such as hosting the successful Disney Family Sing Along programmes) because everyone was going through a tough time. We leaned into doing as much as we could,” said Seacrest, 46, in an interview from the radio studio he built in the basement of the Live set.

His commute from the morning talk show to radio gig is one minute but Seacrest is still largely bi-coastal and splits his time between New York and Los Angeles.

This week returned to New York’s Times Square to once again front Dick Clark New Year’s Rockin’ Eve. Seacrest counted down to 2021 with the help of actors Lucy Hale and Billy Porter. Ciara cohosted from Los Angeles. Jennifer Lopez also performed from New York. The broadcast is closed to the public due to the pandemic but a select group of frontline workers were invited to watch.

He’s so comfortable with hosting that Seacrest gets a thrill out of the curveballs that can pop up. He and Ripa purposely walk onto the Live set seconds before show time because, he said, “there’s something fun about that.”

He also admits he’s hoped for bad weather during past New Year’s Eve broadcasts because it would pose a challenge and “gives you something to talk about.”

Seacrest doesn’t get nervous before going on air or when he’s about to speak to the masses, but says big Zoom meetings leave him tongue-tied.

“It’s all of the Zooms that I have to do with 50 people. I can see them all looking and I feel pressured to say something magical and I don’t deliver. I clear my throat. I look at my notes, I get so anxious.”

Of all his work, Seacrest said the most important is his non-profit Ryan Seacrest Foundation, which is run by his parents and sister. They’ve opened 11 broadcast studios and counting, named Seacrest Studios, in children’s hospitals throughout the country to give the kids a positive distraction. The studios give young patients a taste of producing a radio or television show, with the occasional celebrity guest.

“I’ve heard from parents that have seen their children in a hospital bed without motivation to get up. They were sad and didn’t want to go do anything. And then, you know, when we could bring Selena Gomez through a studio, that patient all of a sudden wants to get up and go downstairs and spend time with Selena Gomez and forget about the maybe the pain they’re mentally feeling and physically feeling.”

With the little downtime Seacrest does have, he’s become passionate about olive oil. Yes, olive oil.

“My hobby is growing olive trees, and I’m going to make olive oil. I’m studying how to make organic olive oil in my real life… and it’s been a fascination of mine. I find that, you know, there’s so many different health benefits to olive oil. And I got obsessed with the trees. And I’ve been reading books on how to farm the olives.”

If you follow his social media, it’s apparent that Seacrest loves food.

“My favourite celebrities are chefs. Anytime I meet a great chef I usually ask them for a signed menu. I have them framed in my house in Los Angeles.” 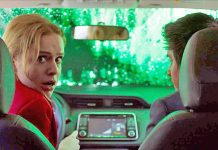