PARIS (AFP) – Want to make an impression the next time you’re trying to skim a stone off the water? Ignore the usual thin, flat candidates and try a fatter, curvier rock to get the biggest possible bounce, scientists said recently.

People have been skimming stones across bodies of water for centuries – at least – and any experienced skipper knows that rock selection is crucial.

While thin, flat stones still give the greatest chance of a maximum number of skips, mathematician at the United Kingdom’s Bristol University Ryan Palmer said that “you can get these new exciting dynamics out of rocks that you typically reject”.

Fatter, curvier stones offer something “that’s completely different, but just as spectacular: huge leaps out of the water”, he told AFP.

The new research, published in the journal Proceedings of the Royal Society A, uses a physics-based mathematical model to crunch centuries-old equations on a computer. The scientists had initially been looking into the more serious subject of aircraft icing, analysing how ice crystals bounce off a layer of liquid formed on the wings of planes. 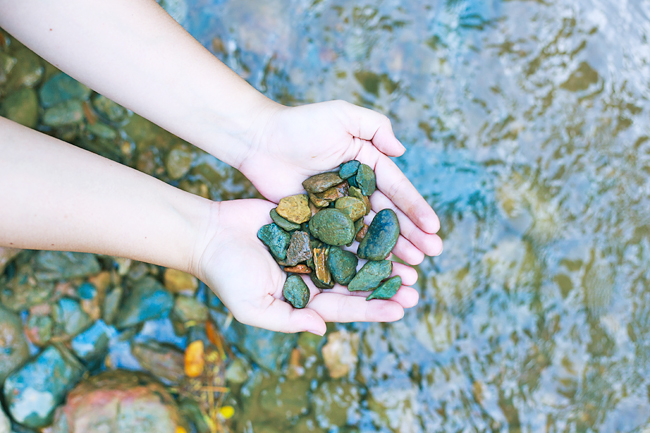 It turned out this had the “same sort of interactions that you get with you or me standing at the corner of a lake trying to skim a stone across it”, said the study’s lead author Palmer.

They found that a heavier rock gave a ‘super-elastic response’ that produced an ‘almighty jump’, he added.

When the stone hits the water, horizontal velocity turns into vertical velocity, so it makes sense that a heavy rock would put more force into that interaction, he said.

The curviness is also key because it allows the heavier stones to jump up off the water.

For those looking to try their arm at big skips, Palmer said the technique remains the same: your throw should be parallel as possible to the top of the water.

While Palmer did not profess any great proficiency at skimming stones, he said he always had a throw when the opportunity arose.

“Especially if it looks more like a potato, I’ll have a go,” he said. Though that shape might be a little too heavy and round to get a maximum bounce, he added.