DUBAI, UNITED ARAB EMIRATES (AP) – Qatar is home to some 2.9 million people, but only a small fraction – around one in 10 – are Qatari citizens. They enjoy massive wealth and benefits fuelled by Qatar’s shared control of one of the world’s largest reserves of natural gas.

The tiny country on the eastern tip of the Arabian Peninsula juts out into the Persian Gulf.

There lies the North Field, the world’s largest underwater gas field, which Qatar shares with Iran. The gas field holds approximately 10 per cent of the world’s known natural gas reserves.

Oil and gas have made the 50-year-old country fantastically wealthy and influential. In a matter of decades, Qatar’s roughly 300,000 citizens have been pulled from the hard livelihood of fishing and pearl diving.

The country is now an international transit hub with a profitable national airline, a force behind the influential Al Jazeera news network and is paying for the expansion of the largest United States (US) military base in the Mideast.

Here’s a look at Qatar’s economy and how this tiny country was able to spend so much to host the FIFA World Cup: 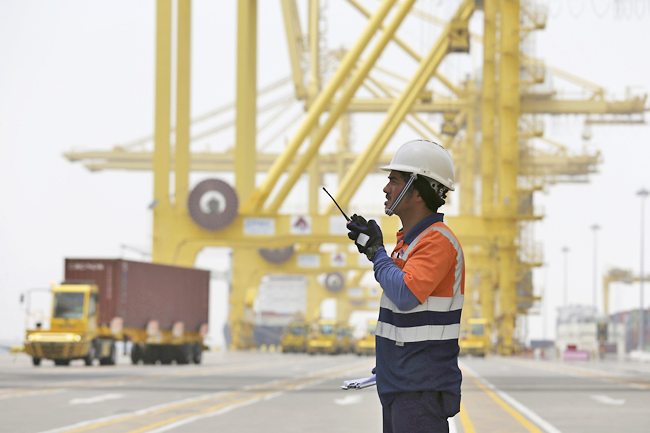 For most of its existence, the tribes of Qatar relied on pearl diving and fishing for survival. Like other parts of the Gulf, it was a harsh and bare existence. The discovery of oil and gas in the mid-20th Century changed life in the Arabian Peninsula forever.

While much of the world grapples with recession and inflation, Qatar and other Gulf Arab energy producers are reaping the benefits of high energy prices. The International Monetary Fund expects Qatar’s economy to grow by about 3.4 per cent this year.

Despite a massive spending spree to prepare for the World Cup, the country still earned more than it spent last year, giving it a cushy surplus that is continuing into 2022. Qatar’s riches are likely to grow as it expands capacity to be able to export more natural gas by 2025.

Qatar has spent some USD200 billion on infrastructure and other development projects since winning the bid to host the five-week long World Cup, according to official statements and a report from Deloitte.

Around USD6.5 billion of that was spent on building eight stadiums for the tournament, including the Al Janoub stadium designed by the late acclaimed architect Zaha Hadid.

Billions were also spent to build a metro line, new airport, roads and other infrastructure ahead of the matches.

The London-based research firm Capital Economics said ticket sales suggest that around 1.5 million tourists will visit Qatar for the World Cup. If each visitor stayed for 10 days and spent USD500 a day, spending per visitor would amount to USD5,000, the research firm said. That could amount to a USD7.5-billion boost to Qatar’s economy this year. However, some fans may fly in just for the matches while staying in nearby Dubai and elsewhere.

Like other rich petro-states in the Gulf, Qatar is not a democracy. Decisions are made by the ruling Al Thani family and its chosen advisors. The government, however, provides citizens with vast perks that have helped to ensure continued loyalty and support.

The country’s citizens rely on labourers from other countries to fill jobs in the service sector, such as drivers and nannies, and to do the tough construction work that built modern-day Qatar.

The country has faced intense scrutiny for its labour laws and treatment of hundreds of thousands of migrant workers, mostly from India, Bangladesh, Pakistan, Sri Lanka, Nepal and other South Asian countries. These men live in shared rooms on labour camps and work throughout the long summer months, with just a few hours of midday respite. They often go years without seeing their families back home.

The work is often dangerous, with Amnesty International saying dozens may have died from apparent heat stroke.

Rights groups have credited Qatar with improving its labour laws, such as by adopting a minimum monthly wage of around USD275 in 2020, and for dismantling the “kafala” system that had prevented workers from changing jobs or leaving the country without the consent of their employers.

Human Rights Watch, however, has urged Qatar to improve compensation for migrant workers who suffered injury, death and wage theft while working on World Cup-related projects.