The boat, carrying 20 people, sank off the coast of western Izmir province early on Friday, according to the coast guard statement. Fourteen people were rescued. Rescue efforts for one missing person were continuing with four coast guard boats, a dive team and a helicopter.

Further south, the body of another migrant was recovered from the sea near the tourist destination of Bodrum in Mugla province.

The Turkish Coast Guard said its units intercepted a rubber dinghy late on Thursday and detained 12 migrants and a suspected smuggler. The migrants said four others had fallen into the sea. Rescuers found three survivors and the body of the fourth person.

Migrants try to enter the European Union by illegally leaving Turkey on boats and dinghies to make the dangerous journey to Greek islands in the Aegean Sea. 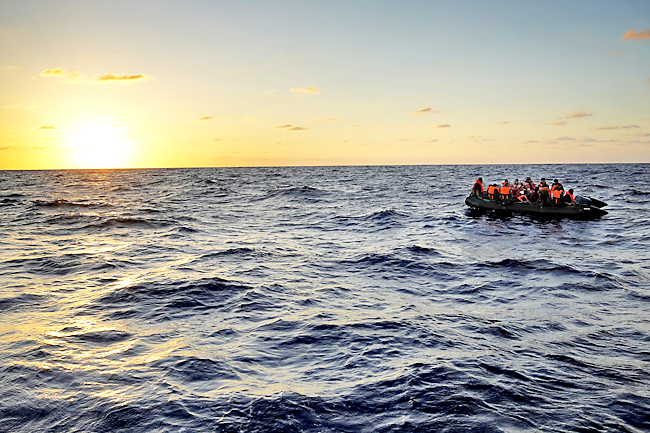