Existing investors B Capital Group, the venture capital firm set up by Facebook co-founder Eduardo Saverin and Raj Ganguly, a former executive at Bain Capital, and European parcel delivery company Geopost/DPDgroup, also participated in the fund raising, according to a statement.

The new funding round will help lift the company’s valuation to well beyond USD1 billion ahead of a potential initial public offering as early as next year, people familiar with the matter have said.

Venture capital firm Monk’s Hill Ventures and Zamrud, an existing investor linked to a Southeast Asian sovereign wealth fund, also joined the round. Ninja Van plans to use the funds to better its infrastructure and technology, as it seeks to be cost efficient while improving the quality of its operations.

Investors are betting on transportation, logistics and warehouse companies amid a boom in e-commerce, one of the beneficiaries of the coronavirus pandemic.

Founded in 2014, Ninja Van operates in six markets in Southeast Asia and delivers close to two million parcels a day in the region, according to its website. It raised USD279 million in a series D round last year where participants included ride-hailing firm Grab Holdings Inc.

Ninja Van’s clients include Tokopedia, which has merged with ride-hailing giant Gojek to create GoTo, Indonesia’s most valuable start-up, Alibaba’s Lazada Group and Shopee, a unit of Singapore-based Sea Ltd. The logistics start-up also works with global consumer groups such as Unilever and with smaller shops.

“The quality of investors joining us in this round of investment is a clear signal that the market recognises the emerging opportunities for e-commerce logistics in Southeast Asia and how as an entrenched player in the region, Ninja Van is positioned to take a central role in meeting the shifting demands of both businesses and consumers,” said co-founder and chief executive officer of Ninja Van Group Lai Chang Wen. 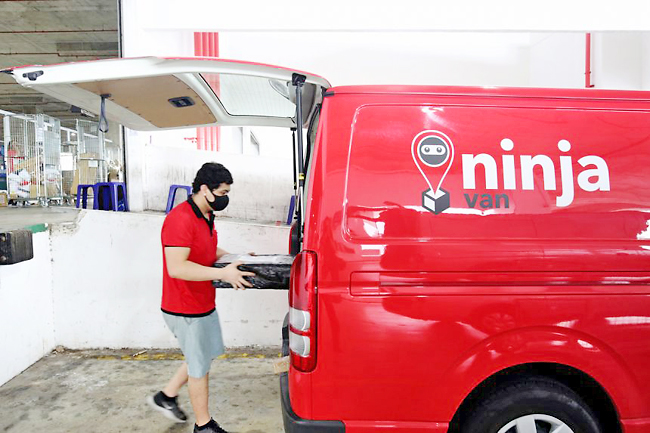