ANN/THE STRAITS TIMES – The slump in Singapore’s key exports deepened in November on the back of a sharp drop in electronics, according to data released by Enterprise Singapore (EnterpriseSG) yesterday, prompting economists to warn that the outlook may darken further.

They believe demand will continue to soften in the months ahead and this will weigh on Singapore’s economy.

Non-oil domestic exports (Nodx) shrank 14.6 per cent year-on-year in November, from a high base a year ago, EnterpriseSG noted. This was the second straight monthly contraction after nearly two years of growth.

Nodx had expanded 29.2 per cent year-on-year in November 2021 amid robust global semiconductor demand, with the level then at USD4.2 billion, while the monthly average for 2021 stood at USD3.7 billion.

The Nodx contraction in November was steeper than Bloomberg’s forecast for a 7.4-per-cent drop, and more than double October’s downwardly-revised rate of minus 6.1 per cent. 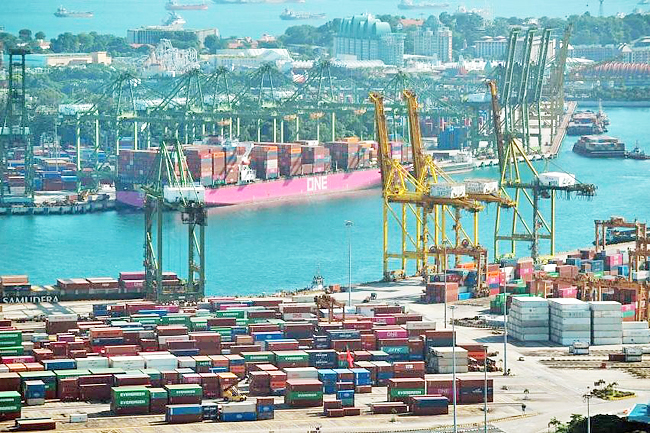 On a month-on-month seasonally adjusted basis, Nodx declined by 9.2 per cent in November, following the previous month’s 4.2-per-cent decrease.

The November figure also missed Bloomberg’s forecast of a three per cent month-on-month drop, as well as October’s contraction of 3.7 per cent.

Barclays’ senior regional economist Brian Tan said the estimates indicate the weakness came most notably from a sharp drop in electronics exports and a pullback in shipments of specialised machinery, which had spiked in October.

Electronics shrank by 20.2 per cent year-on-year in November, following the 9.3-per-cent fall the previous month. The decline in November was led by a drop in integrated circuits, disk media products and parts of PCs.

On a year-on-year basis, non-electronics fell by 12.8 per cent in November, following the 5.1-per-cent decrease in the previous month. The contraction was led by the declines in non-monetary gold, pharmaceuticals and primary chemicals.