THE Simple Life is reportedly being revived by Netflix – but with Lindsay Lohan taking Nicole Richie’s place alongside Paris Hilton.

The reality TV show hasn’t been on screens for over 12 years, but it looks like the popular programme – which starred wealthy best friends Paris Hilton and Nicole Richie as they attempted to do low-paying jobs such as cleaning rooms and mucking out farm animals – is set to be revived by streaming service Netflix.

Although fans are no doubt hoping to see Paris and Nicole join forces again, it’s been speculated that the 38-year-old hotel heiress will go head-to-head with Lindsay Lohan after the programme’s official Twitter account dropped some hints.

The Simple Life web page has only followed three other accounts – Lindsay, Paris, and Netflix – hinting that the reboot will air on the streaming service.

It also tweeted out two girl emoji – one blonde and one red head – and a photograph of arch-enemies Lindsay and Paris with the caption, “Keep your friends close, and your enemies closer,” followed by a wink face emoji. – BANG! 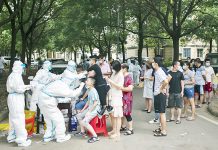 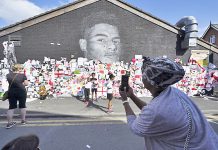