The national museum, which operates four branches across the country, ran throughout the holidays, except for MMCA Seoul in Samcheong-dong on Sunday, the first day of the lunar year.

Reservations are recommended in advance, as just 30 to 60 visitors at MMCA Seoul and Gwacheon are allowed at a time on a first-come, first-served basis. 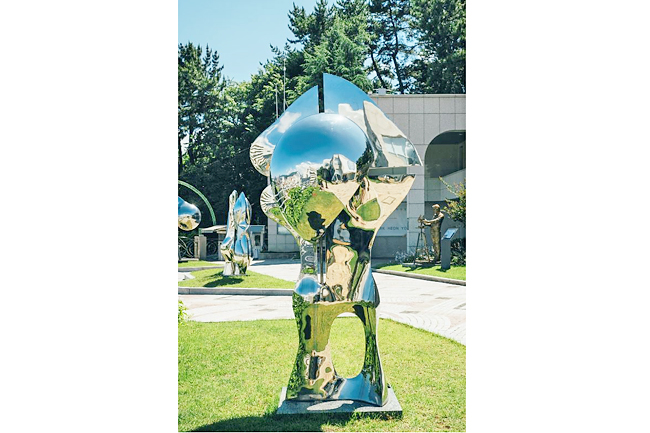 In Cheongju, the museum has unveiled Visible Storage: MMCA Lee Kun-hee Collection, where visitors can appreciate the masterpiece Women and Jars by Korean master painter Kim Whan-ki until January 29. The museum in Cheongju takes the theme of visitors seeing artwork in the storage of the museum.

Born in 1922, Moon is a Korean sculptor who was born to a Korean father and Japanese mother.

The exhibition was inspired by the title Moon had given to a number of his sculptural works from the mid-1970s to the 1990s.

At Buk-Seoul Museum of Art in Nowon-gu, northern Seoul, kids are invited to join in creating the installation Artland by prominent Korean artist Suh Do-ho.

Some 161 works from the collection by acclaimed Korean art critic Choi Min are on display at the city museum’s main venue, Seosomun Main Branch.

Excerpts from Choi’s writings related to the collection accompany works in the exhibition, to be read together. The exhibition suggests the way a critic sees the works as reflected in Choi’s remark, “Unlike what is generally thought about a work, the work looks differently depending on the viewer.”