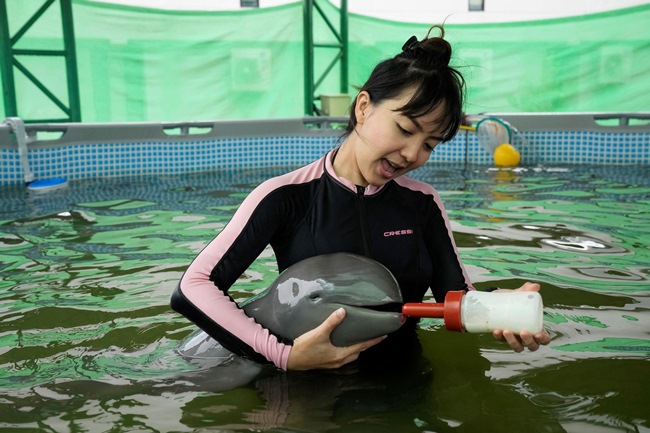 RAYONG, Thailand (AP) – The Irrawaddy dolphin calf – sick and too weak to swim – was drowning in a tidal pool on Thailand’s shore when fishermen found him.

The fishermen quickly alerted marine conservationists, who advised them how to provide emergency care until a rescue team could transport the baby to Thailand’s Marine and Coastal Resources Research and Development Center for veterinary attention. The baby was nicknamed Paradon, roughly translated as “brotherly burden”, because those involved knew from day one that saving his life is not easy.

Irrawaddy dolphins, considered a vulnerable species by International Union for Conservation of Nature, are found in the shallow coastal waters of South and Southeast Asia and in three rivers in Myanmar, Cambodia and Indonesia. Their survival is threatened by habitat loss, pollution and illegal fishing.