Three award winning short films by students from Universiti Brunei Darussalam (UBD) were selected as part of the online screening for the Asia Rising 2021: Showcase of Short Films from Universities in ASEAN, Japan, Korea and China, organised by Centre For the Arts, National University of Singapore.

After a jury panel review and deliberation, all the three UBD submitted films were selected to be screened, with each receiving praises from the organisers.

“The three films were wonderfully made, full of heart and technically strong. It made the work of vetting films feel less like work,” said one of the organisers.

The three short films Anak Ayah (2020), Bunga (2019) and Suara (2019) were produced by three groups of students following the Design and Creative Industries (DCI) Programme under the Faculty of Arts and Social Sciences (FASS) at UBD. 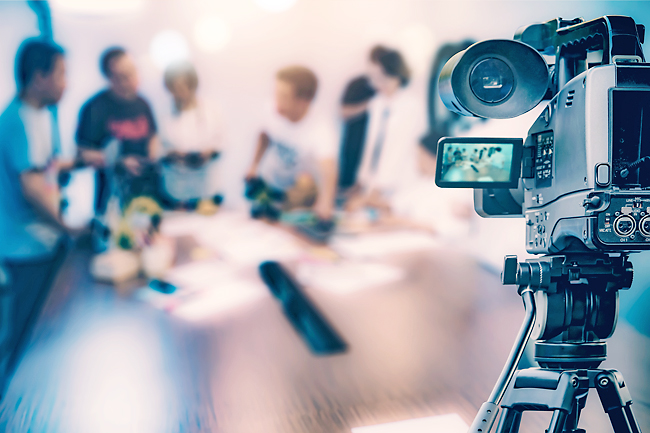 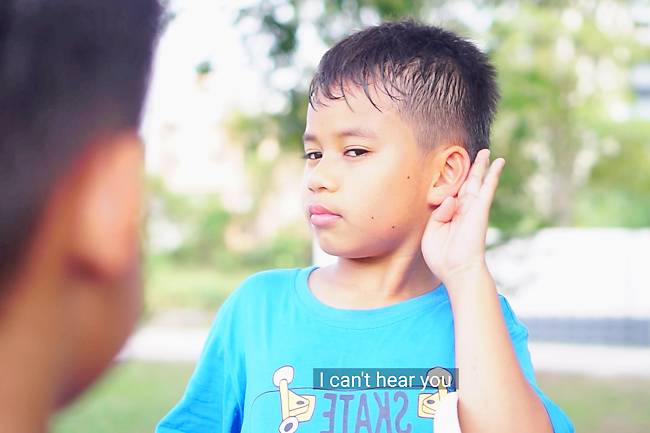 The film depicts the story of a strained relationship between a father and daughter due to other priorities and shows the importance of time management between working and spending time with loved ones.

The crew members believe that it has a strong significance to the theme of the screening ‘Fragments’ as it shows the story of relationships being pieced together through the power of patience, love and honesty.”

As it narrates how the daughter finds another way to surprise her father – who is busy to the point that he keeps breaking his promises to come home, showing that children can be independent and caring at a young age.

Meanwhile, Bunga tells a story of a fragmented relationship between a daughter and father and the loss of a loved one, but is tied together with a single story element that can be seen in the short films.

It circles around a schoolgirl who feels neglected by her father, who then encounters something that bonds her old and new families.

Bunga was also selected to be screened at the Australia Now ASEAN Competition at the 29th Flickerfest International Short Film Festival from January 10 to 19, 2020, in Bondi Beach, Sydney, as well as the following national tour from January to May 2020 across Australia.

Suara on the other hand, is inspired by the idea that everyone has their own flaws and imperfections. The story revolves around two boys who come across a problem at the playground which becomes a challenge for one boy who has a hearing impairment. However, they overcome this by turning it into an opportunity for kindness by others.

Representing Brunei to compete in the third Southeast Asia Video Festival for Children (SEAVFC) 2019, Suara won the second place runner-up accolade in the Amateur Category of SEAVFC 2019 on November 30, 2019 in Phnom Penh, Cambodia.

They believe that it relates well to this year’s theme as humans are representations of fragments, but when these fragments come together, something much more wholesome is made, just like pieces coming
together. Hence, by being compassionate and understanding humans are connected fragments.

As a member of the AUN Member Universities and ASEAN+3 University Network (ASEAN+3 UNet), UBD was invited to submit up to three original short films for the Asia Rising 2021 online screening, each of which had to be no more a 20-minute duration and completed between 2019 and 2020 by university students.

UBD’s Design and Creative Industries Programme Coordinator Dr Yong Liu noted that 10 films were being shown at the Asia Rising online screening including the three UBD works. He believes this is the first time UBD students are participating in the Asia Rising screening.

All three are narratively and technically strong, with engaging and touching storytelling, convincing character portrayals and nuanced character relation developing arcs, he added.

However, he thinks that the strongest point for the three selected UBD short films is that each tells a story about an ordinary Bruneian family.

“Through such diverse stories, Brunei’s national identity, cultural customs and traditional values such as strong family values, parental responsibility and compassion have been visually crystallised and soundly confirmed.”

He added that their selection as part of Asia Rising 2021 strongly resonates with His Majesty Sultan Haji Hassanal Bolkiah Mu’izzaddin Waddaulah ibni Al-Marhum Sultan Haji Omar ‘Ali Saifuddien Sa’adul Khairi Waddien, Sultan and Yang Di-Pertuan of Brunei Darussalam’s recent titah on Adat where the monarch highlighted, “Adat forms the main pillar of the institution of the monarchy and the nation.

“It should be supported and strengthened, instead of being left to deteriorate and fall into decline. Adat does not belong to any particular group, which is the royalty, but to the nation, where everyone is obliged to ensure that it continues to develop and stand out.”

The programme for Asia Rising 2021: Showcase of Short Films from Universities in ASEAN, Japan, Korea and China online screening is a prelude to the AUN CA ‘Crosslight’ Film Festival, is scheduled for July 2021.

According to Asia Rising 2021 organisers, “There is a need to spur young filmmakers in ASEAN, Japan, Korea and China to pursue their craft of filmmaking and to establish platforms for the greater appreciation of the diversity of cultures and universality of human experience as seen through the lenses of young filmmakers.

“Hence this year’s theme ‘Fragments’ should be visually presented or related to in each selected short film.”