CNA – Businesses in Singapore are feeling the impact of South Korea’s nationwide truckers’ strike, which has led to supply chain disruptions.

Thousands of cargo truck drivers in South Korea have been on strike for more than two weeks over a lack of progress on wage demands, with talks between workers and the government reaching a stalemate so far.

The strike has already disrupted supply chains and cost the country about KRW3.5 trillion in lost shipments.

It has also reduced shipments of petrochemicals overseas to about five per cent of normal levels.

Some Singapore businesses have reported lengthy shipping delays for Korean goods, forcing them to look for alternative supplies and driving up their costs and prices.

Korean restaurant Kko Kko Na Ra is among those affected by the disruptions. 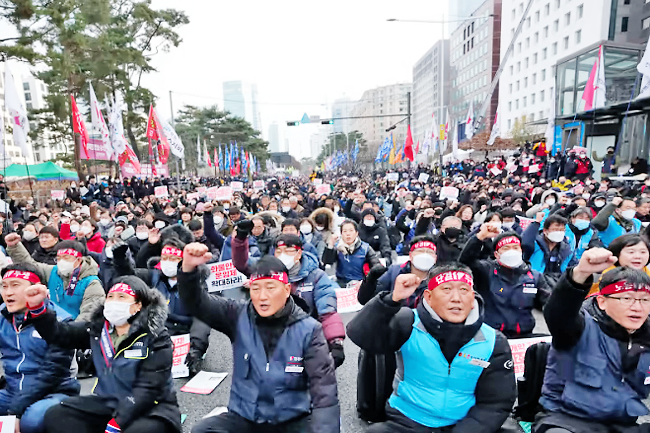 For instance, the cost of importing flower crabs, which are popular among its customers, continues to rise amid the ongoing truckers’ strike.

“Because of high customer demand amid logistical delays, we had no choice but to import ingredients via air freight.

“The costs are very high, and we had to bear these additional costs, and sell our food items without any profit.”

But the restaurant may need to pass on the higher costs to customers if the mass strike drags on.

“If this problem persists, we might have to increase our prices by 20 to 30 per cent. We have no choice,” said Lee.

“This isn’t good for us, or our customers. So we are worried, and we hope the situation stabilises soon.”

Besides food products, the strike has also affected other Korean imports to Singapore.

Koodshot, an online retail site that sells golf and tennis apparel brought in from Korea, has seen nearly a third of customers cancelling their orders due to delayed shipping.

Some Singapore customers who received their orders did so only after three to four weeks, said Koodshot owner Annabelle Bo Young Lee.

“We do want to deliver on time,” she said. “Every time there’s a strike, we have really bad delays. There are delays for at least one to two weeks in Korea. So we’ve been handling very bad deliveries for the past few months.”