SYDNEY (AFP) – Revelations that Australia’s ex-prime minister secretly appointed himself to several ministerial posts during the pandemic sparked a political firestorm yesterday, with his successor promising a rapid investigation.

Prime Minister Anthony Albanese accused Scott Morrison of “tin-pot activity” after it emerged the former leader had made himself minister of health, finance and resources, without informing colleagues, Parliament or voters.

Describing Morrison’s actions as “extraordinary and unprecedented”, Albanese said he had sought legal advice from the solicitor-general and would be briefed later.

“This is a sort of tin-pot activity that we would ridicule if it was in a non-democratic country,” Albanese said. “Scott Morrison was running a shadow government”

In some cases, Morrison made himself a co-minister without telling the cabinet members he had already appointed to those positions. 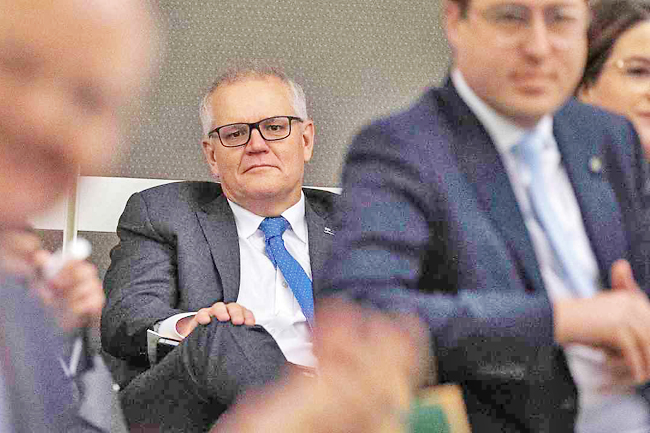