SINGAPORE (CNA) – The Civil Aviation Authority of Singapore (CAAS) and the Changi Airport Group (CAG) will set aside SGD15 million to help airport workers adjust to enhanced safety measures put in place after more than 100 COVID-19 cases were linked to the airport last month.

About 5,000 workers will benefit from the SGD15 million, which will be used to provide a monthly special allowance and cater meals for workers for six months, as well as defray the cost of personal protective equipment, they said.

Last month Changi Airport became Singapore’s largest active COVID-19 cluster, with more than 100 cases, with CAAS and CAG saying at the time preliminary investigations suggested that the initial transmission could have occurred through an airport worker who was “assisting a family from South Asia”.

Subsequently Changi Airport’s passenger terminals, as well as entertainment and retail complex Jewel, were closed to the public, while additional COVID-19 testing was introduced for arrivals from ‘very high-risk’ countries and regions.

In a media release yesterday, CAAS and CAG said there have not been any new COVID-19 positive cases involving airport workers since May 20. 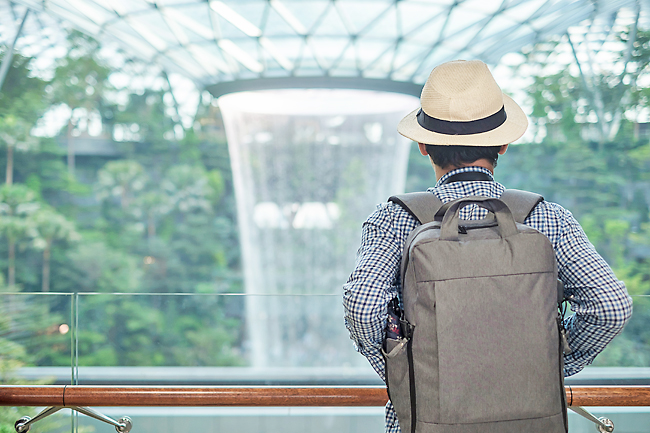 “Of the 43 airport workers who had tested positive, 42 have been discharged and the remaining worker is recovering in a hospital general ward without oxygen supplementation,” they said.

They added that they have been working closely with the Health Ministry and the airport community to “review and strengthen Changi Airport’s defences against the more transmissible COVID-19 variants”.

Enhanced safety measures have been implemented to protect airport workers, travellers and the public, they said.

“Cohorting arrangements for airport workers have been tightened through a zonal system to reduce the risk of cross infection,” they said.

“In particular, airport workers in the passenger terminal piers, arrival immigration halls and baggage claim halls who have interactions with arriving and transfer passengers and therefore are at higher risk of exposure to the virus, are now required to remain in their work zone throughout their shift, including during their meal and rest times,” they said.

These workers are also required to be in “higher levels” of personal protective equipment (PPE) throughout the duration of their shifts, except for meal and rest times.

Deep cleaning and disinfection of Changi Airport’s passenger terminal buildings and Jewel Changi Airport have been completed, while an enhanced segregated zoning system announced last month has been implemented, said CAAS and CAG.

“Airport workers have been briefed and trained on the new measures and requirements, to allow the new measures and safety protocols to be implemented smoothly,” they said, noting there would also be regular reminders, checks and audits on health safety as an “added safeguard”.

Jewel, which has been closed to the public since May 13, will re-open on June 14.

Changi Airport’s passenger terminals will remain closed to the public to allow the airport community to adapt to the new zoning measures, which require “significant operational adjustments”, said CAAS and CAG.

More details on the re-opening of the passenger terminals will be released at a later date, they said.