SEVILLE (AFP) – Julen Lopetegui (AP pic, below) said he felt “sadness and pain” after being sacked as coach of Sevilla following a 4-1 home thrashing by Borussia Dortmund in the Champions League yesterday.

Some fans applauded Lopetegui at the Ramon Sanchez-Pizjuan and directed their anger at the board, with the club sinking to 17th in La Liga after a dire run of form.

Jorge Sampaoli, who coached Sevilla in the 2016-17 season, has agreed to take the reins, according to reports in Spain.

“Lopetegui ends a successful era, with three magnificent campaigns in which the team accomplished all their objectives with flying colours, and a fourth season in which results did not come, with Sevilla on five points of a possible 21 in La Liga,” read Sevilla’s statement.

“Lopetegui will stay forever in the top-tier of Sevilla’s history for the brilliant triumph of the club’s sixth Europa League in the 2019-20 season.”

The coach confirmed his departure on Spanish television shortly before the club announced it.

“I am grateful to the whole of Sevilla, their fans, the players who have given me three marvellous seasons,” Lopetegui told Movistar. “(I feel) sadness and pain for leaving a team that I love very much.” 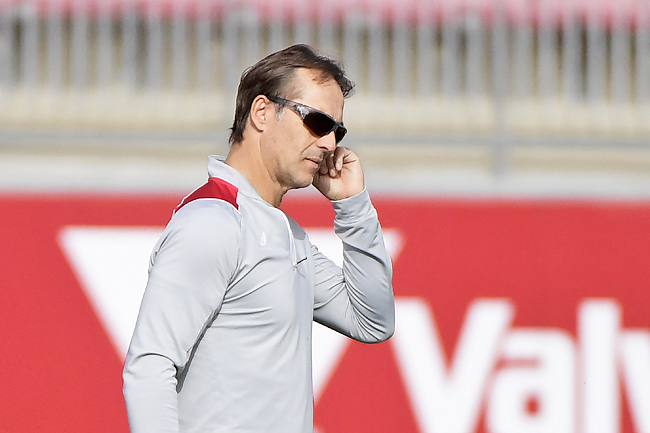