Here are seven new books releasing in August, including stories about a boy who goes on a road trip with his friends to avenge his mother, a secret agent who has 12 hours to escort a doctor to safety across London, and a woman who wakes up with a bloodstained knife and has no recollection of the past two years.

FOUR FOR THE ROAD BY KJ REILLY
Asher’s mom dies in an unfortunate car incident and the drunk driver is let off on a technicality instead of being thrown behind bars, much to Asher’s dismay. Coping with the loss of his mother, Asher joins three grief support groups where he makes unexpected friends: teenagers Sloane and Will, who both lost their family members to cancer and 80-year-old Henry who lost his wife.

To track down the drunk driver who killed his mom, Asher invites his new friends to join him on a road trip from New Jersey to Graceland. He doesn’t tell them his real reason for going but neither do they.

DAISY DARKER BY ALICE FEENEY
A fortune teller once told Nana she’d live until 80. For her supposedly final birthday, Nana invites her estranged family to her private island where they reunite for the first time in years as they wait for Nana’s will to be revealed.

But when midnight strikes, Nana is found dead with an ominous poem written on a chalkboard. With the tide high and no way to escape from the island, the Darkers are trapped with a murderer who seeks to eliminate all of them until no one remains. 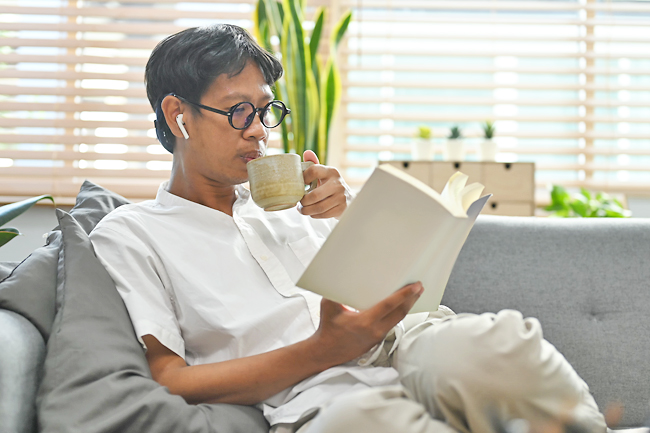 BABEL BY RF KUANG
Set in the 19th Century, Babel follows Robin Swift who is brought to London by Professor Lovell. For years, Robin trains in Latin, Ancient Greek, and Chinese to enroll in Oxford University’s highly prestigious Royal Institute of Translation also known as Babel.

As the world’s centre of translation, Babel produces silver bars that power the city and has made the empire unmatched by other armies. While Britain seeks to expand its power, Robin finds himself caught between loyalty and a mysterious organisation that aims to turn the table against Babel and the mighty empire.

STAY AWAKE BY MEGAN GOLDIN
Liv Reese wakes up in the back of a taxi, not knowing how she got there. When she goes back to her apartment, she finds strangers who claim to be the tenants. Her phone is nowhere to be found and there’s a bloodstained knife in her pocket. On her hands are scribbled messaged that say stay awake – the same message left on the crime scene being reported on the local news.

With no recollection of the last two years of her life, Liv seeks to find out what happened to her and how she may be connected to the victim as a pair of detective inch closer to catching their target.

A MAP FOR THE MISSING BY BELINDA HUIJUAN TANG
For almost a decade, Tang Yitian has been living in America as a Mathematics professor after leaving behind his village life. Upon hearing about his father’s disappearance, Yitian decides to return to his rural village in China to help his mother. But as an outsider, Yitian finds it practically impossible to get through the bureaucracy.

He reaches out to his childhood friend Tian Hanwen who once shared his dream of going to university but resigned to life as a housewife after they parted ways. Now reunited and grappling with what could’ve been, the two of them search for Yitian’s father. The book spans from the late 1970s to 1990s, shifting between rural provinces and big cities.

ALIAS EMMA BY AVA GLASS
Secret agent Emma Makepeace has been assigned to escort a doctor named Michael Primalov to safety. But Michael is making her job difficult as he refuses to leave his patients behind, and Emma’s agency isn’t giving her any additional support. Left to fend for themselves, Emma and Michael will have to make their way across the city ridden with CCTV cameras and spies all over London searching for them.

STORIES FROM THE TENANTS DOWNSTAIRS BY SIDIK FOFANA
A collection of eight interconnected stories about tenants in the Banneker Homes, Harlem as they struggle with gentrification and risk losing their homes. There’s single mom Mimi who’s trying to make ends meet by juggling two jobs, Swan who’s excited about his friend’s release from prison, former gymnast Quanneisha B Miles who wishes to leave Bannerker for good, and various other tenants who each have their own compelling story.