LONDON (AFP) – Sri Lankan author Shehan Karunatilaka on Monday won Britain’s Booker Prize for fiction for his work The Seven Moons of Maali Almeida, about a journalist murdered amid the country’s sectarian strife.

“My hope for Seven Moons is this… that in the not-so-distant future… that it is read in a Sri Lanka that has understood that these ideas of corruption and race-baiting and cronyism have not worked and will never work,” he said.

“I hope it’s in print in 10 years but if it is, I hope it’s written in (a) Sri Lanka that learns from its stories, and that Seven Moons will be in the fantasy section of the bookshop… next to the dragons, the unicorns (and) will not be mistaken for realism or political satire,” he added.

Karunatilaka, 47, is the second Sri Lankan to win the award, following Michael Ondaatje’s victory in 1992 for The English Patient.

Aside from the GBP50,000 (USD56,000) prize, winning the Booker can provide a career-changing boost in sales and public profile. 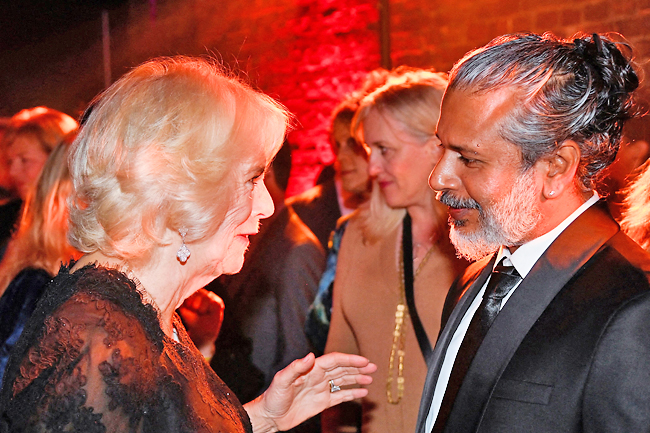 Chair of judges Neil MacGregor called the book “an afterlife noir that dissolves the boundaries not just of different genres, but of life and death, body and spirit, east and west”.

The book is set amid the mayhem of a civil-war wracked Colombo in the late 1980s.

War photographer and gambler Maali Almeida has been killed, and sets out in the afterlife to work out who was responsible and expose the brutality of the conflict, having seven moons in which to do so.

Booker Prize judges called it a “whodunnit and a race against time, full of ghosts, gags and a deep humanity”.

Karunatilaka’s debut, Chinaman (2011), won the Commonwealth Prize and was selected for the BBC and The Reading Agency’s Big Jubilee Read last year. The London award ceremony was the Booker’s first large-scale in-person event since 2019.

Queen Consort Camilla awarded the coveted prize at the televised ceremony, in one of her highest-profile appearances since her husband King Charles III ascended the throne last month.

“Without meaning to sound trite, we are all winners for being part of this magnificent shortlist, though, perhaps I might pocket the extra cash if that’s okay?” Karunatilaka joked as he picked up the award.

The evening event also featured a speech by singer-songwriter Dua Lipa. All but one of the six shortlisted authors attended in person, with Englishman Alan Garner, who turned 88 on Monday, appearing virtually.

Garner, who made his name with children’s fantasy titles and folk retellings, was shortlisted for Treacle Walker, which is the shortest finalist novel by word count.

Other shortlisted authors included NoViolet Bulawayo, for Glory, an animal fable set in her native Zimbabwe.

The Booker is Britain’s foremost literary award for novels written in English. Its previous recipients include Salman Rushdie, Margaret Atwood and Hilary Mantel.

She was the first British writer, and first woman, to win the prize twice with the first two novels in her Wolf Hall trilogy.