The role of a penghulu is to serve as a role model as well as a leader and representative of the community at grassroots level, to guide the mukim towards a united, harmonious and prosperous community, said Acting Belait District Officer Mohamad Yassin bin Haji Ahmed during the Mukim Belait Penghulu voting session yesterday.

Some 364 residents of Mukim Belait cast their vote over the course of three days, with 317 in favour of Haji Abdul Afiq bin Zainuddin as the new penghulu of Mukim Belait.

He graduated with a Higher Diploma in Religious Management (Usuluddin) from the Religious Teachers University College of Seri Begawan (KUPU SB).

He is also involved in youth groups and activities. He also serves as the vice president of the Minda Youth Movement group and the head of the Youth Volunteer Group in the Belait District. 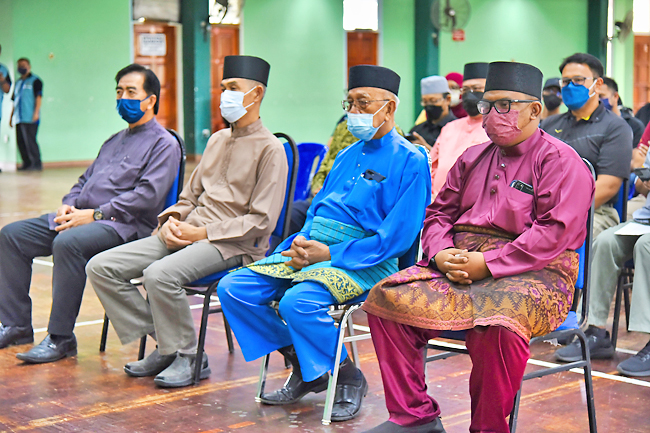 The voting was initially conducted online via the e-Undi PMKK application on Friday.

The acting district officer witnessed the casting of the last few ballots.

Head of the Local Authorities and Communities Division (District) at the Ministry of Home Affairs (MoHA) Jaimah binti Tuah was also in attendance.

The result will be forwarded to the Board of Appointment, Discipline and Procedures for Mukim Penghulu and Village Head at the MoHA for the next step of the selection process.