The Magistrate’s Court on Monday handed a four years and eight months’ jail sentence, with two canings to a 31-year-old local following his guilty pleas towards charges of multiple thefts from vehicles and mischief.

The car’s window was slightly wound down and the defendant reached in to unlock the car and took the sling bag left on its console.

The bag contained personal documents and cash just over BND100. The defendant’s actions were caught on CCTV camera at the mosque.

At 4.30pm on February 5, the defendant threw a rock at a car parked at Tungku Beach breaking its rear window, causing damage worth BND500 in repairs. 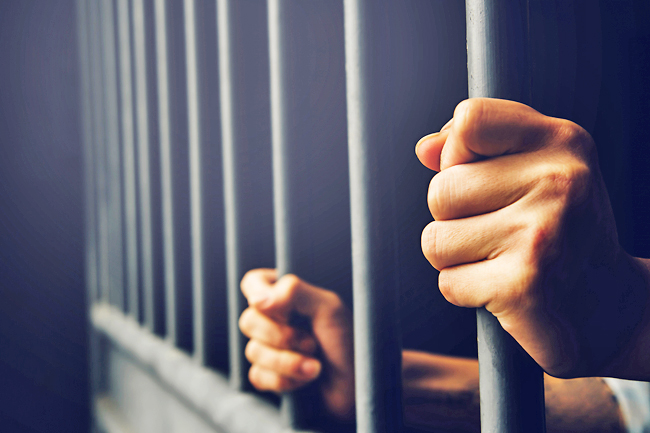 He took a sling bag from the car, pocketed BND300 cash from it and tossed the bag along with its remaining contents away on his way when fleeing the scene.

At about noon on May 6, the defendant drove his own car and parked at the Pulau Kubu cemetery grounds in Kampong Jerudong occupied by vehicles of Friday prayers congregants. He went around and noticed a car window slightly wound down, reached in and unlocked the car.

He managed to make away with a sling bag, took BND105 cash from it and tossed the bag away.

At 6.30 am on September 3, the defendant again went to Tungku Beach and went around the parked cars. He saw some coins on the console of a car and pried its window open with a screwdriver.

This caused the window to shatter and the defendant unlocked the car, taking BND20 in coins with him, along with some other properties.

The defendant went to Jeluton cemetery grounds in Kampong Jerudong at 9am on October 14 where he was going to use the toilet in the area.

He came across a parked car to find a diaper bag in sight.

He pried open the window using a screwdriver, causing it to shatter and took a wallet and the diaper bag. The wallet and bag did not contain cash, so the defendant tossed it away.

Prosecutor Aeny Zullizam informed Senior Magistrate Harnita Zelda Skinner that all of the incidents were reported to the police by the owners, leading to the defendant’s arrest.