Speed is an important element that comes naturally for cyclists, but for extreme sports, such as mountain biking, speed alone is not enough; strength alone is inadequate to tackle challenging routes.

Traversing winding, hilly, rocky, steep and even muddy paths, only those with the spirit and love for extreme sports are able to appreciate the value and fun to be had, especially when done with friends who mountain bike in their free time.

These are the exact thoughts highlighted by a group of mountain biking enthusiasts, known as the Grizzlies BearHills, who take advantage of weekends to venture into the hilly forest area surrounding RPN Kampong Bukit Beruang in the Tutong District.

Regardless of the intense heat that often befalls the country, it certainly does not dampen the spirits of the 20 group members who mostly live in the RPN Kampong Bukit Beruang area.

While the group is predominantly made up of adult males, women and children make up a part of the group as well.

As the rush of adrenaline triggers intensity, mountain biking unites them in their goal to cross the winding roads, while also building bonds and emphasising the value of friendship, whether kindred through long-time friends or from new acquaintances enjoying a shared hobby. 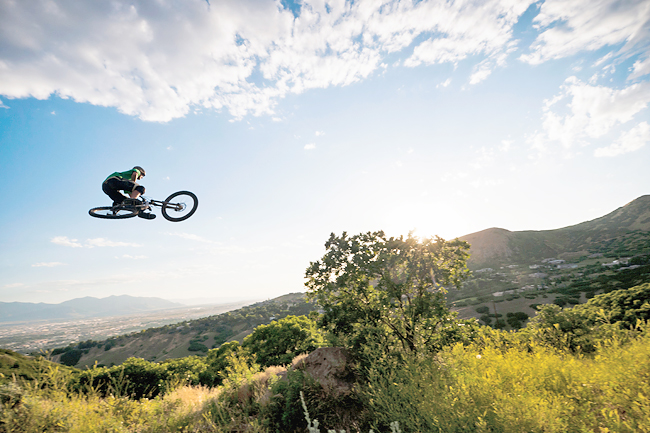 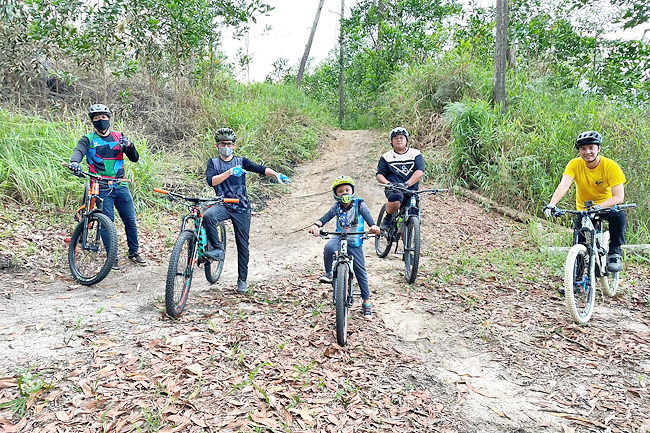 According to a member of the group Pengiran Haji Abdul Raqib bin Pengiran Haji Jali, the sport aims to open the mind of the community as well as the public to practising a health way of life, which can be done through engaging in sports activities regularly.

He believes it can promote a healthy way of life through cycling and as an alternative exercise to jogging, aerobics and the like.

Pengiran Haji Abdul Raqib added that this kind of extreme activity depends on each person’s skills and their ability to master their own techniques and tricks.

What is certain, he explained, is that in order to go deeper into extreme cycling, a person must have mastery in certain techniques, such as climbing, going downhill and jumping gaps, in addition to knowing the correct way to cycle.

“With the challenge tracks built by our members themselves, estimated at 10 kilometres long, it takes one to two hours and can be shared by villagers and the public, in addition to strengthening friendships among extreme sports enthusiasts,” he continued.

Another member of the group, Mohammad Zul Raimi, added that activities such as mountain biking are able to educate participants about patience and test their loyalty when achieving the goal of the game.

“We are like a family, because we have the same interests,” he said. “That’s the advantage, besides it being about health and leisure.

“This extreme activity is also able to create a peace of mind as it takes place in the midst of nature.”