The contingent of the Youth Bus programme yesterday visited the solar farm at Tenaga Suria Brunei (TSB) in Seria, Belait District where the youth were briefed on the efforts made in reducing the Sultanate’s carbon footprint while testing the various types of solar panels for the local environment.

Beginning on Tuesday, 40 youth embarked on a tour of all four districts in conjunction with the 17th National Youth Day celebration, following a two-year hiatus due to the COVID-19 outbreak.

Mohd Azinuddin bin Mohd Aziman from the Tutong District told the Bulletin that his time in the programme has been beneficial, as it allows him to take a closer look at the various ethnic cultures in the country.

Nur Hana Hafizah binti Mohd Zin from the Brunei-Muara District meanwhile noted that many of the youth visited the solar farm for the first time. “During the visit, we were exposed to the systems in place and the role they play in the green initiative.”

The contingent’s next stop is the Tutong District, before concluding the programme in Temburong District tomorrow.

In touring the Sultanate, the programme aims at exposing the participants to ethnic groups and their customs and traditions, as well as their socio-economic profiles. 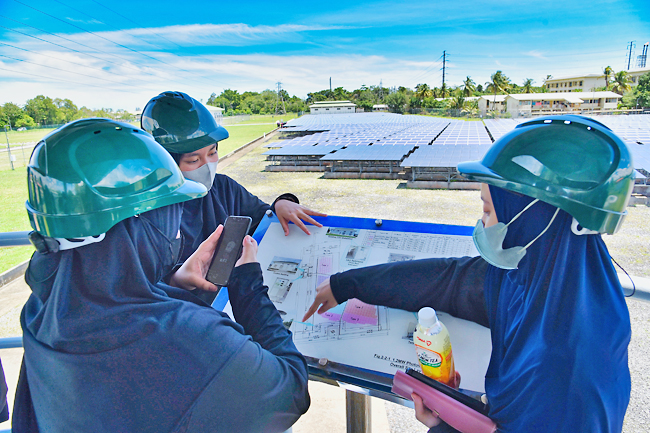 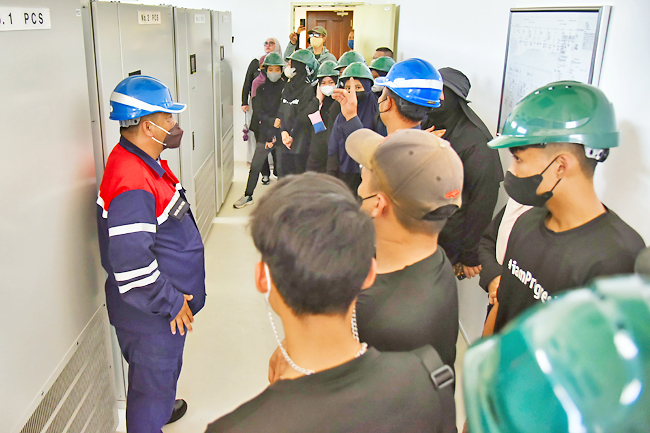