THE WASHINGTON POST – Hurry to the bus stop. Rush up the stairs. Play tag with your kids.

Romp with the dog. Vacuum the living room with a little extra zing.

Increasing the vigour and gusto of our daily activities could have a substantial impact on our longevity, according to a fascinating new study of movement intensity and mortality.

The study finds that as few as three minutes a day of vigorous everyday activity is linked to a 40-per-cent lower risk of premature death in adults, even when they do not otherwise exercise at all.

“It is fantastic” research, said director of the KG Jebsen Center for Exercise in Medicine Ulrik Wisloff at the Norwegian University of Science and Technology in Trondheim. He has extensively studied activity and longevity but was not involved in the new study.

The study’s results join mounting scientific evidence that adding a little intensity to our lives pays big dividends for our health, without requiring extra equipment, instruction, gym memberships or time.

The idea that how we move influences how long we live is hardly new. Plenty of research links regular exercise with longer life spans, including the formal public health exercise guidelines, which recommend at least 150 minutes a week of moderate exercise for health and longevity. 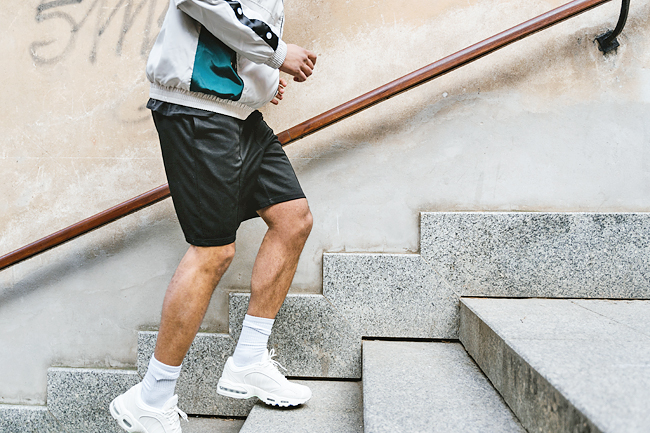 More-focussed research, though, suggests intensifying some of our exercise – making sure our heart rates and breathing rise – amplifies the health benefits. In a large-scale 2006 study from Wisloff’s lab, for instance, just 30 minutes a week of intense exercise dropped the risk of dying from heart disease by about half in men and women, compared to people who were sedentary.

Similarly, a study published last year in JAMA Internal Medicine concluded that people who occasionally pushed themselves during exercise were about 17 per cent less likely to die prematurely than other people who did the same amount of exercise, but at a gentler, moderate pace.

Both of these studies, though, and similar, past research were based on people’s subjective recall of how much and how hard they exercised. They also were exercise studies, making them inherently of interest mostly to people who exercise or would like to, which does not represent the greater part of humanity.

“If we’re honest, most people are allergic to the word ‘exercise’”, said professor of physical activity and health studies Emmanuel Stamatakis at the University of Sydney in Australia, who led the new study.

Acknowledging that stance, he and his colleagues began to wonder recently about the effects of non-exercise activities – those frequent tasks and movements that make up a hefty portion of our days but are not exercise.

Would it matter for people’s health if those activities were completed faster, harder, with a bit more verve?

To find out, the researchers turned to the extensive data stored in the UK Biobank, which includes health records for hundreds of thousands of British men and women, most of whom wore an accelerometer for a week after joining the Biobank to track their daily movements.

The scientists pulled records for 25,241 of these adults, aged from 40 to 69, all of whom had told researchers they never exercised.

The scientists then began analysing their daily activities in minute detail, determining the intensity of their movements almost second by second, based on step rapidity and other data.

But by the end, the researchers could map the participants’ brief bursts of movement, as when someone ran for a train or chased after a toddler. These physical spurts might last for as little as a minute.

But they mattered for mortality. Comparing activity patterns to death records for a period of about seven years after people joined the Biobank, the scientists found those men and women who averaged 4.4 minutes a day of what the scientists termed vigorous intermittent lifestyle physical activity were about 30 per cent less likely to have died than those who rarely moved fast in any way.

Spreading out those brief bursts of activity upped the benefits. When people managed at least three separate rushing spurts of movement during a day, each lasting as little as a minute, their mortality risk dropped by 40 per cent, compared to people who never hurried.

They did not exercise. They just picked up the pace of something they were doing, at least three times a day.

Finally, the researchers performed a similar analysis of data for 62,344 men and women in the Biobank who did exercise, although mostly at a moderate pace.

When those people managed a few minutes of more-intense activity most days, whether during their workouts or daily chores, their mortality risks were lower than if they exercised, but almost never hard.

“There is something about intensity,” Stamatakis said.

To power up your own activities, Stamatakis continued, move hard and fast enough that conversation feels impossible. Try to reach that level of breathlessness three or four times a day, for a minute or two, preferably while you are doing something you need to do anyway.

This study has limits, though. It is associational, showing only a relationship between quick hits of exertion and our life spans, and doesn’t tell us why intensity counts, although other research indicates strenuous exercise improves endurance and cardiovascular health more than lighter workouts, Stamatakis said.

The study’s upshot, he concluded, is that hurrying through our chores now might buy us years of time later.