SAO PAULO (AP) – Veteran coach Luiz Felipe Scolari (AP; pic below) will aim for a perfect sendoff today in the final of the Copa Libertadores, which features two Brazilian teams for the third edition a row.

Scolari’s Athletico takes on Flamengo, whose striker Pedro is hoping to strengthen his case for a spot in Brazil’s World Cup squad by helping his team to its third trophy in South America’s most prestigious club tournament.

Flamengo, from Rio de Janeiro is looking to lift its second crown in four years after losing last year’s final.

Underdog Athletico is going for a first title, which would mark the perfect end to the 40-year career of the 73-year-old Scolari, who led Brazil to the World Cup title in 2002 and has said he intends to hand over coaching duties to someone else next year.

Uruguayan forward David Terans and teenage sensation Vitor Roque will be key for the club from the city of Curitiba to put up a fight in the final at the Metropolitano Stadium in Guayaquil, Ecuador. 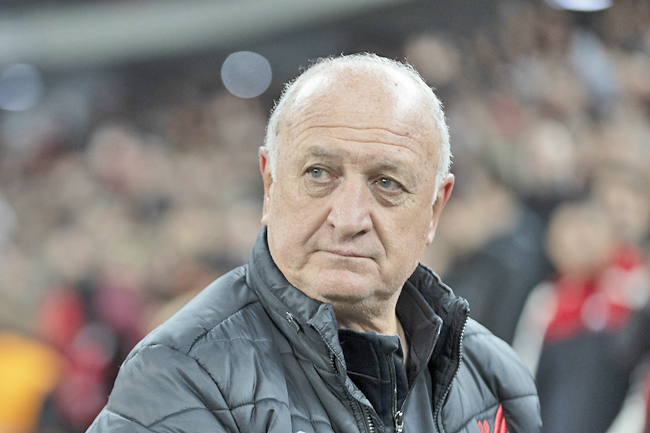 Pedro is the tournament’s top goal scorer with 12 goals in 12 matches. His form has been aided by midfielders Arturo Vidal and Giorgian de Arrascaeta, plus his attacking partner Gabriel Barbosa, who also retains some hope of going to the World Cup.

Flamengo coach Dorival Jr said after Tuesday’s 3-2 win against Santos in a Brazilian championship match that almost all his players are fit for the South American decider. “We did all that we could. Now it is up for what happens on the pitch,” he said.

A first Copa Libertadores title would likely make Dorival Jr one of the top contenders to replace Brazil coach Tite, who is leaving the job after the World Cup.

Last week, Flamengo lifted the Brazilian Cup at the Maracana Stadium in Rio with a win against Corinthians on penalties.

Scolari said in a recent interview with The Associated Press that winning today would be the pinnacle of his decorated career, which already includes two Copa Libertadores trophies: one with his boyhood club Gremio in 1995 and another with Palmeiras in 1999.

“The power that Flamengo, Palmeiras have is much bigger than ours. Our payroll is smaller than about 12 clubs in Brazilian football,” Scolari said.