A total of 68 schools were acknowledged for their outstanding performances at the closing of the 3rd School Leaders Convention 2021 at the Plenary Hall, International Convention Centre in Berakas yesterday.

Meanwhile, at BCGCE ‘O’ Level and IGCSE ‘O’ Level achievement, schools were awarded based on three categories of incentives: schools achieving the target of 60 per cent and above in 2020; schools performing continuous improvement in achieving five ‘O’ Levels and above for three consecutive years (2018-2020); and performing secondary schools in WSE. 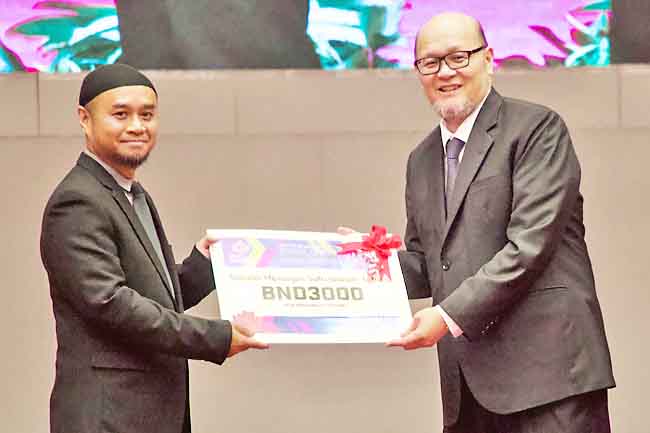 She said, “The camaraderie forms a solid synergy and acts as a backbone of collaboration in supporting and guiding our students towards success, not just for this world but also the hereafter.”

Earlier, a workshop was held to highlight on the Guidelines for 21st Century Skills Implementation in Schools including a framework on blended learning, joined by school leaders as part of a follow-up to the School Leaders Dialogue held last November.

Some 280 participants attended the convention, including heads of department, sections, units and centres under the MoE, and school leaders from public, private and international schools as well as Arabic secondary schools.