That may sound like a small cloth in which to wrap a big book, but Gonzalez folds those napkins into a satire of consumer excess, an appraisal of business morality and a study of family relations.

In short: Don’t underestimate this new novelist. She’s jump-starting the year with a smart romantic comedy that lures us in with laughter and keeps us hooked with a fantastically engaging story. A Hulu pilot is already in the works starring Aubrey Plaza, and given this source material, it should be terrific.

At a young age, Olga set her sights on success and never wavered – not when her mother abandoned her and not when her father died after contracting AIDS. “Every single thing she had done with her life she had figured out for herself,” Gonzalez writes.

Now as the owner of a business she built from scratch, Olga charges well-heeled women in New York, Dallas and Palm Beach a fortune to plan their weddings.

If that involves fencing liquor from Russian mobsters and overcharging brides for phantom place settings, who’s counting? After all, as a regular guest on “Good Morning, Later,” Olga is the closest thing America has to a wedding-planner celebrity. 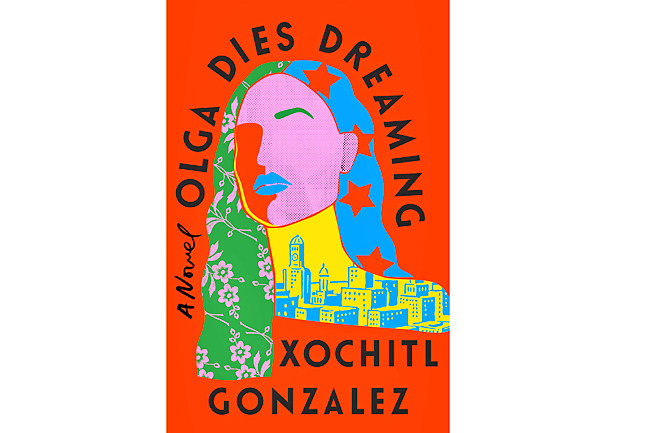 Presumably, Gonzalez is pulling at least some of these funny shenanigans from her own experience: She once worked as a wedding planner herself. But it’s the tremendous verve of her prose that makes these pages crackle – the way she captures Olga’s air traffic controller command of every incoming and outgoing waiter, caterer and vendor to create each client’s magical day.

Alas, while Olga can make every couple’s dream come true (for a price), she can’t seem to find romance herself. Even her own assistant notes, “You don’t have a single, actual romantic bone in your body.” Ouch!

As the novel opens, Olga is trying to extract herself from a zombie relationship with a hardware store mogul. Her latest is Matteo, a swarthy sad sack who confesses that he’s a hoarder. Worse, he peppers her with intrusive questions about her professional dedication to rich jerks. But when she tells him to get lost, Matteo won’t budge. “I’m not trying to diss you,” he says. “I’m just genuinely curious about you.”

After so many dead-end relationships, this odd guy who sleeps with his socks on makes her “feel a glimmer of possibility that this time she might be understood.”

A code-switching political Jedi, Prieto jokes with guys on the street corner just as naturally as he flatters rich donors who call him the Latino Obama. But as a man being blackmailed by shady real estate developers, Prieto is risking his reputation, his career and even his freedom. He’s working to preserve the Latino culture of rapidly gentrifying neighbourhoods even while he secretly greases the wheels for outside developers.

As these two siblings charge ahead with their successful but precarious lives, Gonzalez periodically interrupts the novel with old letters from their errant mother, who ran off to join the Young Lords and fight for Puerto Rico’s independence.

Olga never saw Mami again, but every few years, one of her notes mysteriously arrives to castigate Olga for catering to capitalist pigs. Even when Olga got accepted to an Ivy League college, Mami offered nothing but scorn. “Do not confuse admission for a chance at power,” she wrote. “This kind of college has no place for you, even if they offered you one of their precious ‘affirmative action’ spots. They do not want to teach your people’s history; they don’t want to read your people’s books. They see no value in our culture.”

As a parenting approach, that’s pretty dreadful; as a recruiting technique, it’s worse. This is a woman who doesn’t “know the difference between missives and mothering” – between her abstract responsibilities to the cause and her maternal responsibilities to her children. Under the lash of Mami’s disdain, Olga feels even more determined to chase the American Dream while trying to maintain a sense of her Puerto Rican heritage that isn’t soiled by her mother’s egotism. She ends up building a business dependent on the same kind of elites that the Young Lords hoped to topple in Puerto Rico.

If this is a novel about toxic family secrets, it’s also a novel about clandestine national schemes. Aside from a collection of winning characters and an ingenious plot, what’s most impressive about Olga Dies Dreaming is the way Gonzalez stretches the seams of the rom-com genre to accommodate her complex analysis of racial politics.

She’s particularly wise about the way successful people of colour must wend their way through American culture, negotiating with neighbourhood suspicion on one side and White condescension on the other.

By the time Hurricane Maria demolishes Puerto Rico, Gonzalez has spun all the various personal and political crises of this story into a perfect storm. And with remarkable dexterity, Olga Dies Dreaming transitions temporarily into a political thriller about the way Washington and powerful business interests conspire to profit from the island’s suffering. (The Very Stable Genius who threw paper towels at desperate Puerto Ricans gets a special call-out, too.)

But Gonzalez never loses sight of Olga and her quest to find love without selling her soul – or a thousand overpriced napkins. Rarely does a novel, particularly a debut novel, contend so powerfully and so delightfully with such a vast web of personal, cultural, political and even international imperatives. For fiction lovers, what an auspicious start to 2022. ¡Feliz año nuevo, indeed! 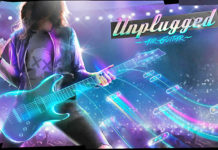 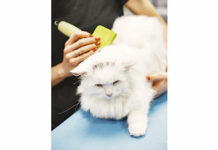 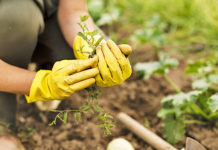