GORICA, ALBANIA (AFP) – In mountains overlooking an azure lake in southeast Albania, wildlife experts are tracking the Balkan lynx as part of last-gasp efforts to save the species from extinction.

The “forest ghost” which lives in tree-covered mountains straddling Albania, Kosovo and North Macedonia, is now among the world’s most endangered mammals, scientists warn.

The victim of deforestation and poaching, there are less than 40 of these solitary wild cats in the three Balkan countries, an analysis last year showed.

“We are very much concerned that if we do not manage to raise its numbers and distribution very soon, we will lose it forever,” said Manuela von Arx of the Swiss foundation Kora, which is a part of the Balkan lynx recovery programme.

For the past 15 years, the Non -Governmental (NGO) Protection and Preservation of Natural Environment in Albania (PPNEA) has been trying to save the animal also known locally as the “Balkans tiger”. 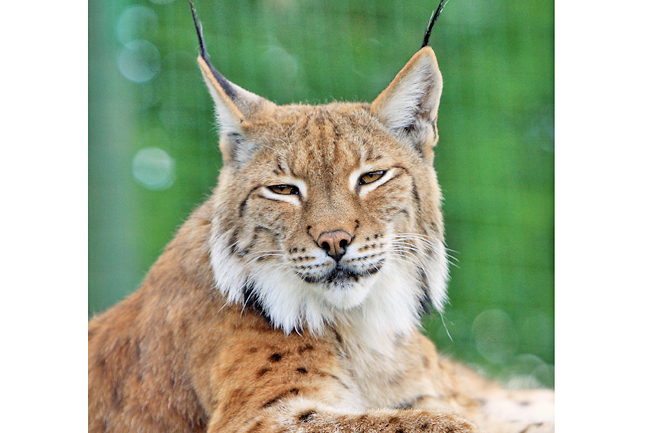 They hope to capture the images of the timid and elusive carnivore that sleeps during the day and hunts at night for deer, hare, chamois and rabbit.

“It is difficult to get a good image,” forest engineer Ilir Shyti said as he and colleague Melitjan Nezaj checked the cameras’ positions. The camera must be positioned well to cover the path used by the lynx.

In November 2021, cameras in the area caught a lynx arriving from North Macedonia, which experts hailed as a good sign of the resilience of the species.

“We are hoping that it will pass through again this year and, if we are lucky, we will be able to take a photo of another lynx,” said biologist Nezaj.

Subtle differences in the animal’s spotted coat and tufts of hair on the tips of its ears enable experts to identify them individually.

The meticulous tracking of the lynx is a key part of its protection, said coordinator of the PPNEA lynx project Blendi Hoxha.

“You have to observe it and understand its movements,” he told AFP.

“Any documented evidence of the presence of the lynx is watched for since it gives hope for its survival.”

The almond-eyed animal is threatened by the degradation of its habitat and significant deforestation, which are depleting the game they feed on and fragmenting its population.

Although it is strictly protected, the lynx has been the victim of poaching despite a hunting ban in Albania since 2014.

At least 14 lynx have been killed in Albania since 2006, according to the PPNEA.

The last one, shot in 2020, was stuffed and mounted in a bar in Elbasan, south of the capital Tirana, displayed alongside the stuffed skins of other wild animals.

Trade in poached animals is punishable by up to seven years in jail, but the justice system is completely uninterested in the problem, said PPNEA lawyer Gentian Rumano.

The NGO filed a complaint against the bar but the case was dropped due to “lack of evidence” despite what it said was a report proving that it was the same Balkan lynx killed in 2020.

But the PPNEA has carried on with the fight, filing a complaint against the prosecutors in a bid to have the investigation relaunched.

Albania, Kosovo and North Macedonia have joined forces within the Balkan lynx recovery programme, funded by foreign foundations like Kora, Euronatur and Mava.

The three countries created “new zones of protection where the lynx is present and where it can breed”, PPNEA Chief Aleksander Trajce said.

They also try to educate hunters and the general population about the threat of extinction.

An information centre, which serves as a summer school for the region, was opened in 2020 in Gorica.

But the battle is far from being won, especially since the animal’s low population has left it with an impoverished genetic pool.

Their shrinking numbers and isolation undermine genetic diversity which leads to health and breeding problems, warned Hoxha from the PPNEA lynx project.

One way to ease the problem, he said, could be to bring males from other lynx populations to breed in the Balkans.