RIYADH (AFP) – Dangling off sun-dappled skyscrapers, construction workers put finishing touches to a long-delayed financial district in Riyadh that is taking centre stage as competition heats up with Dubai to attract foreign firms.

The King Abdullah Financial District (KAFD), a multi-billion-dollar project announced in 2006, is gearing up to “launch” in the coming months, formally declaring it open for business, multiple sources told AFP.

The mammoth development in the heart of Riyadh is preparing to capitalise on a government ultimatum to foreign firms – those seeking state contracts in the biggest Arab economy must have their Middle East headquarters in the kingdom by 2024. The ultimatum issued in February is seen as a direct challenge to Dubai – a Gulf city that has long ruled as the region’s business hub – and comes as Saudi Arabia scrambles for investment to diversify the oil-reliant economy.

Saudi Arabia is looking to bring up to 500 international companies to Riyadh after the February ultimatum, local media reported, with many expected to be based in KAFD.

By contrast, Dubai managed to attract around 140 headquarters in three decades, the highest in the Middle East.

Indian hotel startup Oyo and venture capital firm 500 Startups told AFP they were setting up their regional headquarters in KAFD.

Meanwhile, some Saudi firms, such as banking giant Samba, have already begun operating from KAFD.

But finding long-term tenants to fill the massive project remains a struggle.

A public document outlining Crown Prince Mohammed bin Salman’s Vision 2030 reform plan acknowledged that KAFD was planned “without consideration of its economic feasibility”, and “even achieving decent occupancy rates will be very challenging”. 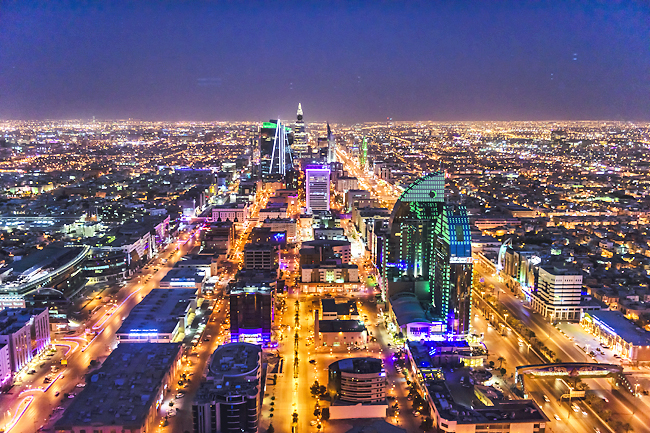