It is the latest in a series of Emperor penguin breeding sites detected using the satellite technology.

The birds, which are endemic to Antarctica and the biggest of the 18 penguin species at around 1.2 metres tall, face almost complete annihilation due to climate change and the loss of sea ice.

The United States Fish and Wildlife Service last year placed Emperor penguins, which need sea ice to breed, on its endangered species list, calling the move “an alarm bell” and “call to action”. 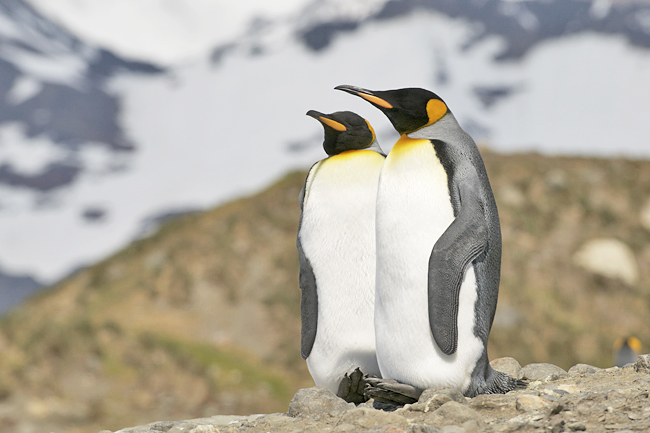 Recent projections suggest that under current warming trends, 80 per cent of colonies will be quasi-extinct by the end of the century.

Scientists from the BAS uncovered the latest site, home to around 500 birds, by identifying signs of penguin excrement, known as guano, on the landscape at Verleger Point in West Antarctica.

Guano stains the snow and rock terrain brown and is easy to spot, while the flightless birds themselves are too small to be seen from satellites.

The researchers studied images from the EU’s Copernicus Sentinel-2 satellite mission and compared them with high resolution footage from the MAXAR WorldView3 satellite.

Peter Fretwell, who studies wildlife from space at BAS and was lead author of the research revealing the find, called it “exciting” but cautioned that the existential risk to the birds remained.

“While this is good news, like many of the recently discovered sites, this colony is small and, in a region badly affected by recent sea ice loss,” he said.

Emperor penguins are found in areas that are very hard to study because they are remote, inaccessible and extremely cold, with temperatures dropping as low as minus 60 Celsius (-76 Fahrenheit), according to the BAS.

Its researchers have for been looking for new colonies 15 years by searching satellite images for penguin guano.

The technology also helped the BAS detect a “catastrophic” breeding failure among the second largest Emperor colony in Antarctica between 2016 and 2019.

Nearly all chicks born over the three years died as their icy Antarctic habitat shrank due to abnormally warm and stormy weather breaking up the critical sea ice.

Emperors came to global fame with a 2005 documentary, March of the Penguins, portraying their annual trek across the icy wastes, and the 2006 cartoon movie Happy Feet.