Sarver was suspended for one year and fined USD10 million by the NBA on Tuesday, after a 10-month investigation showed the Suns owner had used racist language, made crude and sexually suggestive comments to employees, and had bullying tendencies.

“I cannot in good judgement sit back and allow our children and future generations of fans think that this behaviour is tolerated because of wealth and privilege,” Najafi wrote in a letter released through a public-relations firm.

“Therefore, in accordance with my commitment to helping eradicate any form of racism, sexism and bias, as Vice Chairman of the Phoenix Suns, I am calling for the resignation of Robert Sarver.”

Najafi has been critical of Sarver throughout this saga, which broke when ESPN released a story in November detailing widespread claims of wrongdoing by Sarver.

That prompted the NBA to commission an investigation.

Najafi is one of three vice chairmen for the Suns, with several other minority investors also part of the ownership group.

Once the investigation ended, NBA Commissioner Adam Silver decided a one-year suspension and USD10 million fine was the appropriate penalty.

Najafi agreed. In his letter, he also said he has “no interest” in becoming the managing partner. 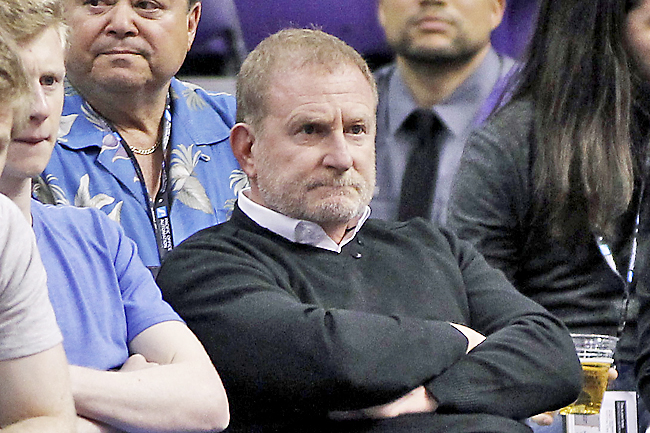