UPI – A restaurant in Britain attempted to use weather balloons to send a samosa “to space”, but the food item ended up crash-landing in France.

Niraj Gadher, owner of the Chai Walla eatery in Bath, England, said he came up with the idea to send the samosa to space as a means of bringing some mirth to what has been a difficult time.

“I said as a joke once that I would send a samosa into space, and then I thought during this bleak times we could all use a reason to laugh,” Gadher told Somerset Live.

“The feedback is that it’s bought a lot of laughter from people and that’s what we wanted really, to spread joy.”

Gadher and his friends attached the samosa to a weather balloon outfitted with a GoPro camera and a GPS tracker so they could follow the food item’s journey, but shortly after launch they discovered the GPS was malfunctioning.

Gadher said he thought the project was a loss, but the next day the GPS reactivated and revealed the balloon had crash-landed in a field in Caix, Picardie, France.

An Instagram user with the handle AxelMathon set out on a mission to find the crash site, and he said he was shocked to find the balloon and the box containing the GoPro and the GPS hanging from a tree in a field.

The samosa and its wrapper were missing from the crash site, leading Gadher to theorise it had become a meal for some French wildlife.

It’s unknown how high the samosa ended up travelling, but a clip recorded by its GoPro camera shows it being passed by an airplane.

“We’ve kept in touch with the guy that found it and he’s said when the world is more normal he’ll come over to Bath and meet us,” Gadher said. 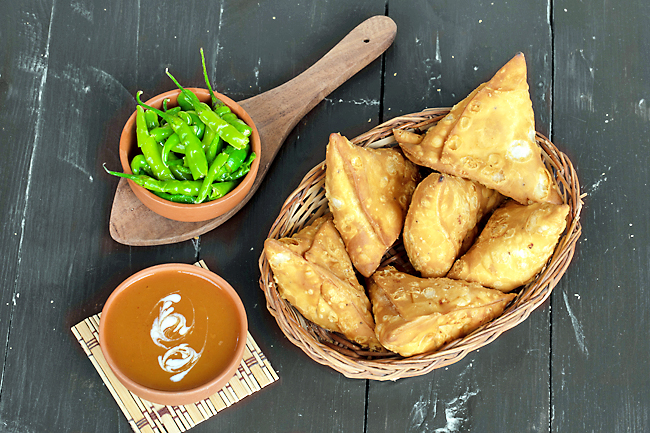