LONDON (AFP) – Liverpool forward Mohamed Salah (AP pic below) and Chelsea women’s striker Sam Kerr both achieved a notable double on Thursday as they were named the Player of the Year by England’s Professional Footballers Association (PFA) after they each won corresponding awards from sportswriters.

Salah topped a poll of his fellow players ahead of Belgian star Kevin De Bruyne, who had won for the previous two years and was again a key member of the Manchester City team which took the Premier League title ahead of Liverpool by just a single point.

Salah was named PFA player of the year for a second time, having previously won in 2018, after a season where Liverpool lifted both the League Cup and FA Cup, while also getting to the Champions League final where they lost to Real Madrid.

“It’s a great honour to win a trophy, individual or collective,” Salah said.

The 29-year-old, who has confirmed he will see out his contract at Liverpool next season while remaining non-committal on his future at Anfield beyond 2023, added, “This one is a really good one to win, especially because it’s voted by players.”

Salah was also named footballer of the year by England’s Football Writers’ Association in April, with Kerr, 28, winning the equivalent women’s award.

The Australian was honoured again on Thursday after her 20 goals made her the top scorer in the FA Women’s Super League, with the striker helping Chelsea complete a domestic double. 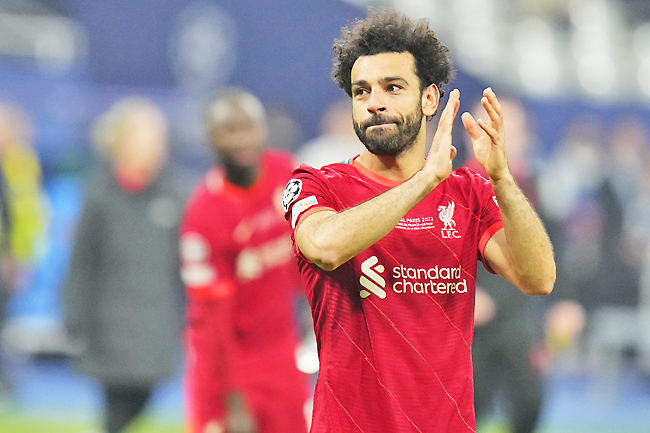