Five buffaloes were slaughtered and the meat distributed to 96 recipients comprising MoH staff and 41 Asnaf residents of Mukim Berakas ‘A’.

The meat was distributed by the minister and Acting Deputy Permanent Secretary at the MoH Dr Hajah Anie Haryani binti Haji Abdul Rahman.

The ceremony was jointly organised by the Department of Administration and Finance; the Health Promotion Centre (HPC); the Finance and Procurement Division; and Estate Management and Project Development.

Ministry of Finance and Economy

Thirteen buffaloes were slaughtered at a Korban ceremony participated by 62 officers and staff of the Ministry of Finance and Economy (MoFE) yesterday.

The meat was distributed and delivered to 93 underprivileged individuals in Mukim Berakas ‘A’ and Berakas ‘B’.

This year’s event was organised by the Human Resources Development and Corporate Affairs Department and the Industry and Business Ecosystem Department of the ministry. 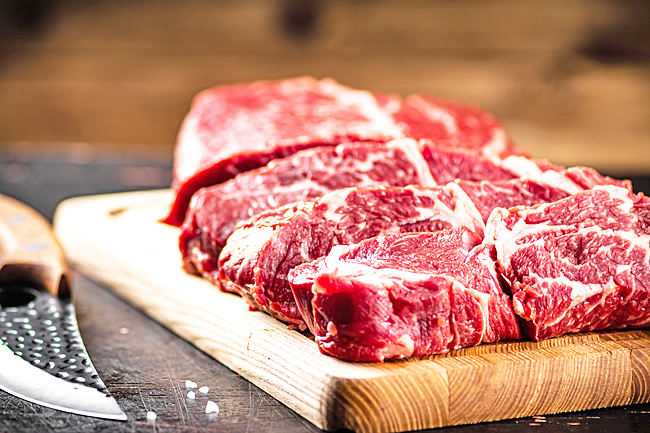 Similar events were also held at all suraus in RBAF garrisons, camps and bases, including Pulau Baru-Baru Mosque.

Ten buffaloes, one cow and three goats were sacrificed this year at Bolkiah Garrison.

Minister of Culture, Youth and Sports Awang Haji Nazmi bin Haji Mohamad and Permanent Secretary (Community and Culture) at the MCYS Hajah Nor Ashikin binti Haji Johari presented the meat to the recipients, comprising the poor and destitute, orphans and staff, at Bina Diri Hall of the Youth Development Centre in Kampong Tanah Jambu.

Similar events were held simultaneously at PM Dato Shariffuddin Hall at the National Archives of Brunei Darussalam and Sarmayuda Hall at the Language and Literature Bureau (DBP).

Seven cattle were sacrificed for the ceremony.

The event saw the recitation of Surah Al-Fatihah, Takbir Hari Raya, Selawat Tafrijiyyah and a Doa.

Three cows were sacrificed for the event held at the Supreme Court and Syariah Courts Building.

Chairman of event organising committee Malai Shamil Faris bin (Dr) Haji Malai Abdul Hamid said the company holds sacrificial meat distribution annually and yesterday was the third of its kind held at the office in Lambak Kanan. The sacrificial meat was distributed by the guest of honour and representatives of Mashhor Group of Companies. 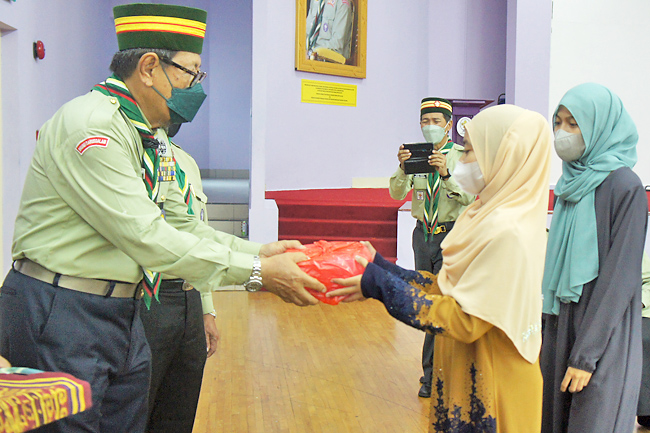 Two buffaloes were sacrificed for the ceremony and the meat distributed by the guest of honour.

Some 100 guests attended the event including 27 underprivileged families. This year, Pemedayan sacrificed two cows and the meat distributed by its President Zainal bin Tinggal and Advisor Haji Bakar bin Mansor. 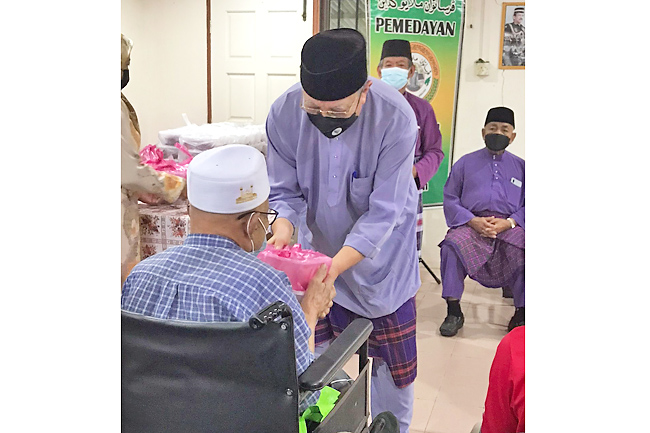