ANN/THE STAR – United Progressive Kinabalu Organisation (UPKO) – the only Sabahan party in Pakatan Harapan – is set to use the national opposition party’s symbol during the 15th General Election (GE15).

UPKO president-designate Ewon Benedick said that UPKO will use the Pakatan logo that is also being used by its state partners from People’s Justice Party (PKR), Democratic Action Party (DAP) and Amanah.

“UPKO will be using the Pakatan logo for the election,” Benedick said when contacted yesterday.

He said that all the four Opposition parties in Sabah have agreed to use the common logo.

He said Sabah Pakatan would be contesting all 25 seats in Sabah.

UPKO, which is seeing a leadership transition from incumbent president Wilfred Madius Tangau to Benedick, is eyeing six seats in the coming election.

Madius is expected to defend his Tuaran seat that he won on a Barisan Nasional (BN) ticket in the 2018 general election.

UPKO had left Barisan shortly after the general election to back the Warisan and Pakatan state government under Mohd Shafie Apdal.

The Warisan government was toppled by the Gabungan Rakyat Sabah (GRS) and BN in the September 2020 snap state election. 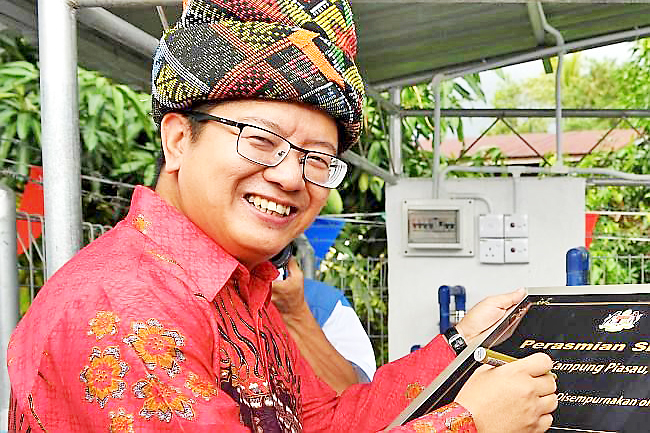