Sabah will not let another species go extinct

ANN/THE STAR – Sabah’s wildlife conservationists are geared up to ensure that no other species disappear following the extinction of the Sumatran rhinoceros in 2019.

Efforts are underway to ensure the Borneo pygmy elephants, banteng (wild buffalo) and pangolins, among others, continue to thrive in Sabah’s wild through specific breeding programmes as well as prepare for scientific assisted reproduction in the future.

Sabah Wildlife Department Director Augustine Tuuga said they do not want to see any other species going extinct especially when there were “ways and means” to avoid it.

“I think the main lesson is to be proactive and not to let any species become so depleted that its recovery becomes very difficult or even impossible. That was the tragedy of the Hairy rhino (the Sumatran rhino),” he said at the launching of the book The Hairy Rhinoceros written by well-known conservationist Dr John Payne yesterday by Tourism, Culture and Environment Minister Jafry Ariffin.

He added that another lesson was that “active interventions” were sometimes needed to conserve critically endangered species.

“Also vital are the protection and law enforcement. We can now see that some form of management of the habitat or even of the animals themselves may be needed to sustain or recover the most endangered wildlife species,” he said. 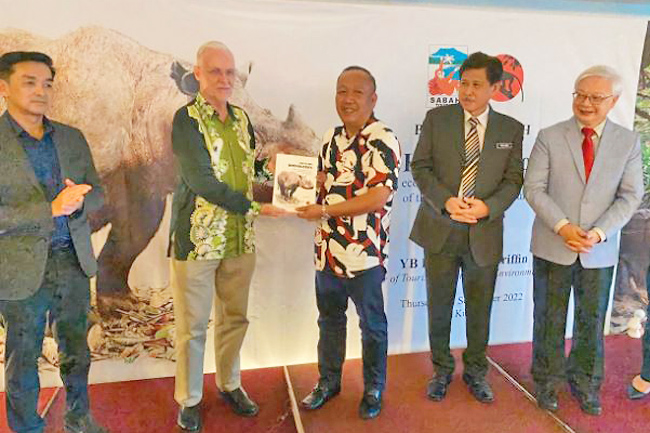