KUALA LUMPUR (AP) — An opposition-ruled Malaysian state called yesterday for early elections, thwarting attempts by the country’s governing alliance to take over the state through defections.

Chief Minister of Sabah Shafie Apdal dissolved the state parliament to pave the way for polls after a ruling party politician claimed he had the support of a majority of lawmakers to form a new government.

The attempted takeover of Sabah, a poor but resource-rich state, was reminiscent of how current Prime Minister Muhyiddin Yassin took power in March after defecting from the then-reformist government to form a new Malay-centric government. Then-leader Mahathir Mohamad resigned in protest.

Muhyiddin’s alliance has since taken control of many states after lawmakers defected. The opposition now controls only Sabah and two of the country’s richest states, Selangor and Penang.

Shafie said he was reluctant to call for snap polls during the coronavirus pandemic but that he had no choice because of harassment and bribery of state lawmakers to switch their allegiance. Some of those who supported him have defected.

“They think Sabah (lawmakers) are like souvenirs, easily bought and sold … but I think Sabahans have more integrity than that,” Shafie told a news conference after obtaining the state ruler’s approval to dissolve the assembly.

“We think it’s time to return the mandate to the people. We will face the challenge and let the people decide,” he added. An election must be held within 60 days.

Musa Aman, who was former Sabah chief minister and a governing party politician, has sought to meet the state ruler after claiming late Wednesday he has enough numbers to form a new government. The bid to topple Shafie’s government came after Muhyiddin’s government last month dropped 46 graft charges against Musa.

Sabah and neighbouring Sarawak on Borneo hold about a quarter of parliament seats and are seen as crucial for political leverage. The two states, which are rich in oil and timber, have a greater level of autonomy in administration, immigration and judiciary. 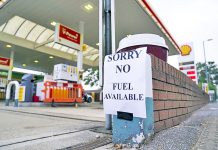 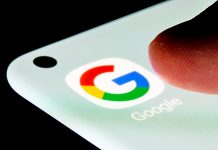