THE WASHINGTON POST – Elmore Leonard, wherever you are, you’ve got competition. With his third novel – after My Darkest Prayer and last year’s Blacktop Wasteland – S A Cosby has reappeared as one of the most muscular, distinctive, grab-you-by-both-ears voices in American crime fiction. Leonard seemed to believe that revenge is a dish best served red hot, and with Cosby it’s practically molten. The body count in Razorblade Tears is higher than anything in Leonard I can remember and only a little less than Gettysburg’s. (If you prefer novels in which the violence occurs offstage and household pets help solve cases, this book may not be for you.)

As in Cosby’s earlier novels, racism is portrayed as a source of bottomless pain for its victims – the vengeance-seekers in Razorblade Tears – and sometimes for its hapless perpetrators, too. So hearts are broken and brains destroyed in a even wide variety of terrible ways.

Like Leonard and the other great practitioners of the genre, Cosby gives us characters so real they practically become close acquaintances, and we can hear their voices anytime we feel like it. Think Leonard’s Chili Palmer, Sara Paretsky’s Vic Warshawski, John Burdett’s Sonchai Jitpleecheep. In Blacktop Wasteland, Beauregard ‘Bug’ Montage was a Black husband and father forced – in his mind, anyway – to return to his young life as a robbery getaway driver to pay for his son’s glasses and his daughter’s college tuition, and to keep his ailing mother in a nursing home. A lot went wrong.

In Razorblade Tears we have Ike Randolph, who did time for manslaughter back when he was ‘Riot’ Randolph, taking the fall for a drug-gang pal. Like Bug Montage, Ike has remade his life and is running a successful landscaping business in rural Virginia, where Cosby grew up and which he knows so well. The sudden problem is that Ike’s 20-something son Isiah has been gunned down and killed on a Richmond street along with his friend Derek. Ike is a beautifully wrought character who is racked with regret for not having accepted the boy. When the police take their own sweet time investigating the murders, an enraged Ike hooks up with Derek’s father Buddy Lee, who’s also guilt-ridden – and likewise an ex-con with a violent history – to track down the killers and execute them.

The two are a memorable pair. Ike doesn’t trust anybody who’s White like Buddy Lee, and Buddy Lee has his own peculiar ideas about Black men. It’s their joint mission, and their similar histories, that keep the relationship intact. Midway through their search for the killers, Buddy makes a casual reference to someone that Ike is his ‘friend’. Ike thinks, “They’d killed a man together, so they were more than acquaintances, but he didn’t think they were quite friends.” By the end of the novel, they are friends, though, and it’s moving. 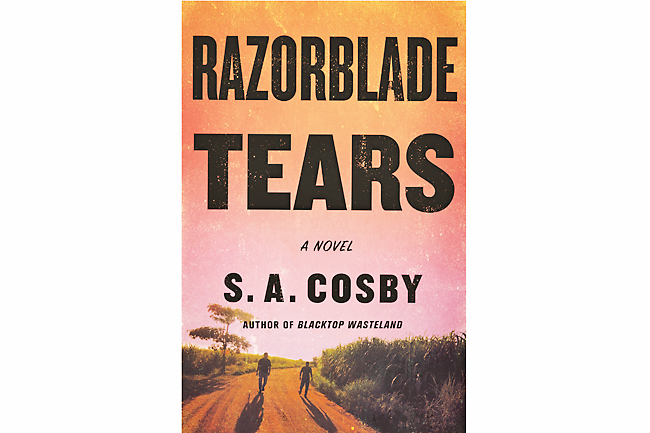 The other apt comparison to Elmore Leonard is in the writing. Cosby is plainly nuts about the American language, and the novel absolutely sings with it. Buddy has some kind of lung disease – it turns out to be a bad one – and at one point he’s “coughing like a ‘73 Gremlin with a bad valve”. When Ike and Buddy approach the mansion of a big-time music producer and drug dealer, “Ike spied a silver BMW in the rearview mirror, driven by a woman with the most severe I-want-to-speak-with-the-manager haircut he’d ever seen. She zipped by them doing at least 30 miles per hour, like she had some Dalmatians in the trunk that she needed to make into a coat”. Cosby can turn cliches into something more original, as in: “Andy was tall and lean like a sapling. Oscar was as wide as a refrigerator. Grayson thought they resembled the number 10.”

The only minimally false notes in this wise and fierce entertainment are a few times when Ike is explaining to Buddy what it’s like to be Black in America, and he speaks in coherent little essays. He makes perfect sense, but he sounds more like a CNN commentator than an ex-con.

A more believable line of Ike’s is when he and Buddy are about to go to war with killers, and he says, “I can get a gun if I need to. This is Virginia. They almost sell them at Seven-Eleven.” It’s dead-on social commentary in a throwaway line, the kind of gem the novel is full of.