MULTAN, PAKISTAN (AP) – England brought in fast bowler Mark Wood and shrugged off Pakistan’s attempt to make the Multan pitch friendlier for spin in the second test from today.

Wood was the only change England made after its landmark, 74-run win in the first test at Rawalpindi on Monday.

Wood replaced allrounder Liam Livingstone, who returned home after injuring his knee during the first test.

“Having someone in your squad who can bowl at 150 kph is a massive bonus for any team,” England captain Ben Stokes (AP, pic below) said of Wood yesterday.

“Having someone of this calibre and what he brings, the way in which he bowls, is going to be massive for us. He is going to add to our ability to take 20 wickets.”

Wood hasn’t played a test since March when he sustained an elbow injury. 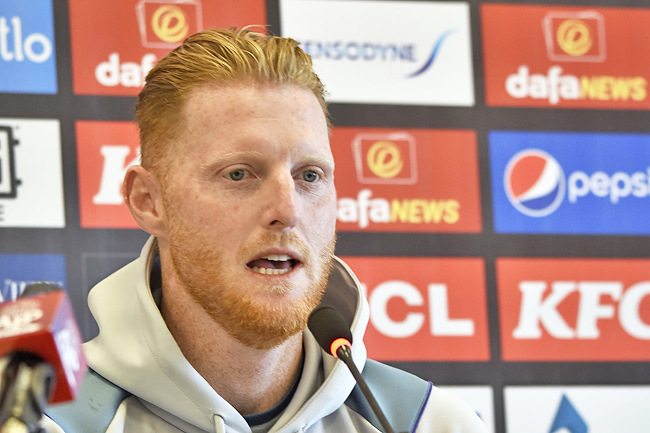 He missed the entire English county season and returned to international cricket during England’s seven-match Twenty20 (T20) series in Pakistan in September.

But a hip injury sidelined him from the climax of the triumphant T20 World Cup campaign in Australia.

Ollie Pope was retained behind the wickets after replacing an ill Ben Foakes for the first test. Pope scored a century and made six catches and a stumping.

Stokes stressed Foakes remained their prime glovesman but at the moment Pope’s role as a batter and wicketkeeper perfectly suited the team combination.

“The performance that Popey put in was outstanding,” Stokes said.

“To stand behind the stumps for the amount of time that he did after scoring a hundred and then standing in the field… especially as someone who’s not used to doing that role.”

With Shaheen Afridi injured and out of the entire three-match series, Pakistan’s bowling resources were further depleted when paceman Haris Rauf was ruled out of the remaining two tests after injuring his right thigh during his debut test at Rawalpindi.

“We are facing injury problems because most of our fast bowlers are playing in all the three formats and that is very tough on them,” Pakistan captain Babar Azam said.