Russia’s Lavrov says he will discuss US prisoner swap offer

Blinken said on Wednesday that Washington had offered Russia a deal that would bring home Griner and another jailed American, Paul Whelan. A person familiar with the matter said the US government proposed trading convicted Russian arms dealer Viktor Bout for Whelan and Griner.

Speaking on a visit to Uzbekistan, Lavrov said his ministry had received an official US request for a call after Blinken made the statement. Russia’s top diplomat said he would be ready once he returns to Moscow and that the timing of the call was being worked out.

Lavrov said he was open to discussing the prisoner exchange, even though the Foreign Ministry hasn’t been involved in previous discussions on the issue.

“I will listen to what he has to say,” Lavrov added. 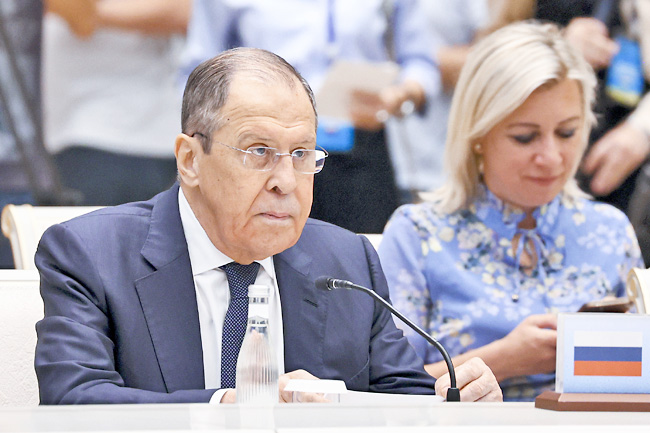 Asked on Thursday about the US offer, Kremlin spokesman Dmitry Peskov replied that prisoner swaps were typically negotiated discreetly behind the scenes.

“We know that such issues are discussed without any such release of information,” Peskov told reporters during a conference call. “Normally, the public learns about it when the agreements are already implemented.”

Blinken’s comments marked the first time the US government publicly revealed any concrete action it has taken to secure Griner’s release. The two-time Olympic gold medallist and player for the WNBA’s Phoenix Mercury was arrested at a Moscow airport in mid-February when inspectors found vape cartridges containing cannabis oil in her luggage.

Griner’s arrest came at a time of heightened tensions between Moscow and Washington ahead of Russia sending troops into Ukraine on February 24.

Griner’s five months of detention have raised strong criticism among teammates and supporters in the US.

The Biden administration has faced political pressure to free Griner and other Americans whom the US has declared to be “wrongfully detained” – a designation sharply rejected by Russian officials.